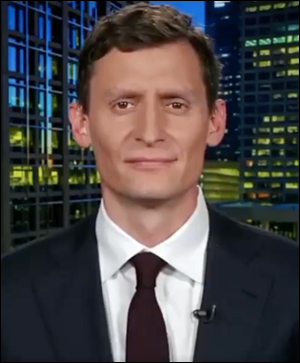 When asked if the Trump endorsement would make voters more or less likely to vote for Masters, 53 percent of the respondent sample said much more likely (31 percent) or somewhat more likely (22 percent), while those saying they would be less inclined to support Masters because of the endorsement reached only 20 percent.

FL-27: Close Poll Not What it Seems — State Sen. Annette Taddeo (D-Miami) until quite recently was in the governor’s race challenging Rep. Charlie Crist (D-St. Petersburg) for the Democratic nomination, even though he chose her as his lieutenant governor running mate in 2014. Now a congressional candidate, Taddeo’s campaign released a SEA Polling & Strategic Design survey that shows her trailing Rep. Maria Elvira Salazar (R-Miami) by just two percentage points, 47-45 percent.

This poll should be discounted. It was conducted well over a month ago, during the May 23-25 period, which is before Taddeo even left the governor’s race. Therefore, too much has changed for this survey to be taken seriously.

The 2nd District covers most of the small state’s western region including a portion of Providence County where more than half of Rhode Island’s population resides. The FiveThirtyEight data organization rates the 2nd as D+17 and Dave’s Redistricting App calculates the “partisan lean” as 56.9 percent D to just 41 percent R. Though a long shot, it appears this district is on the GOP conversion target list. Veteran US Rep. Jim Langevin (D-Warwick) is retiring after serving what will be 11 terms at the end of the current Congress.

The Goucher College poll conducted for the Baltimore Banner news site (June 15-19; 501 Democratic Maryland registered voters; 403 likely Maryland Democratic primary voters) finds O’Malley now edging ahead of Rep. Brown with a 30-29 percent margin. The O’Malley campaign is running ads crediting Rep. Brown with being an able congressman, but saying he does not have the legal experience to be an effective attorney general. The delayed Maryland primary is July 19.