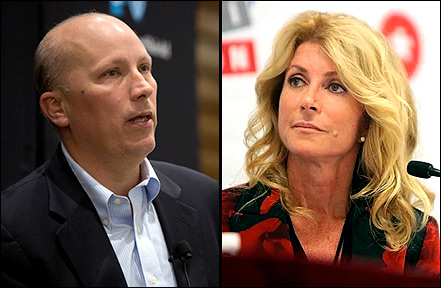 END_OF_DOCUMENT_TOKEN_TO_BE_REPLACED

Aug. 24, 2017 — Early last week, the three-judge federal panel considering the Texas redistricting lawsuit issued a ruling, one that contained a rather major surprise.

It was expected that Reps. Blake Farenthold (R-Corpus Christi) and Lloyd Doggett’s (D-Austin) districts would certainly be ordered re-drawn for racial gerrymandering reasons, but it was assumed that Rep. Will Hurd’s (R-San Antonio) 23rd District would also be in the same predicament. In a ruling that certainly caught the Democratic plaintiffs off guard, the court allowed the current 23rd to stand while striking down the other two. The panel also left north Texas in tact, another region the Democrats wanted re-configured.

Now with some certainty that the district will remain intact – though it could tangentially change as a result of re-crafting Doggett’s nearby 35th District – candidates already are starting to make their moves regarding challenging vulnerable two-term incumbent Hurd.

Congressman Hurd was first elected to represent his sprawling central-west Texas district, a seat that stretches more than 550 miles from San Antonio to El Paso, in 2014 when he upset then-Rep. Pete Gallego (D-Alpine), 50-48 percent, yielding a margin of just over 2,400 votes. This past November, Rep. Hurd again beat Gallego, this time 48-47 percent, a spread of just over 3,000 votes. Knowing that the turnout would literally double in the presidential year from the previous mid-term, many observers expected Gallego to re-claim the seat and were again surprised when the re-match evolved into a rerun.

END_OF_DOCUMENT_TOKEN_TO_BE_REPLACED

Seven-term Rep. Charlie Gonzalez (D-TX-20) announced over the weekend that he will not seek re-election next year, a surprise announcement.

The congressman says he wants to return to the private sector for financial reasons. The new court-drawn redistricting map just released prior to the Thanksgiving break makes the 20th District a bit more Republican, but still would have easily re-elected Mr. Gonzalez.

Since this is an unexpected open seat, local politicians will begin making their moves to take advantage of the situation. This development could create another opportunity for former Rep. Ciro Rodriguez (D-TX-23) who is planning to run next year in a San Antonio-based CD.

Mr. Gonzalez becomes the 22nd member to announce they will not seek re-election to the House in 2012, and the 16th Democrat. He is the eighth member to retire. The others are running for higher office.