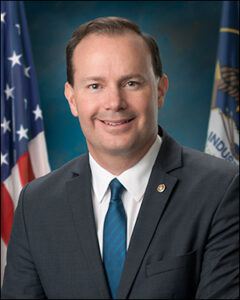 Utah: McMullin Drawing Closer — Dan Jones & Associates, polling for the Deseret News and the Hinckley Institute at the University of Utah (July 11-13; 801 registered Utah voters), projects Sen. Mike Lee (R) to have only a 41-36 percent lead over Independent Evan McMullin. This is the closest general election poll reported in the current election cycle.

The Democrats coalesced behind McMullin instead of fielding a candidate of their own. The move looks to be working since Sen. Lee would be faring better in a three-way race with a Democratic candidate peeling away from McMullin. Sen. Lee is likely in better position that this one poll indicates, but the Utah race is certainly beginning to attract some national attention.

Dollar Report: Hot Senate Races — Now that the June 30 Federal Election Commission disclosure reports have been released, we can measure the financial wherewithal of the candidates in the most competitive Senate races. In each instance, the top fundraising challenger is the point race listed against an incumbent or open seat contender. The listed category is cash-on-hand at the June 30 reporting deadline:

PA-13: Ex-Rep. Critz Returns — Former Congressman Mark Critz (D), who represented the Johnstown anchored 12th District from May of 2010 when he won a special election to replace the late Rep. John Murtha (D), until his defeat in the 2012 regular election, will be back on the ballot in November. The Pennsylvania Board of Elections has ruled that Critz received enough write-in votes during the May primary election to qualify as the Democratic nominee in the 13th CD that incumbent John Joyce (R-Hollidaysburg) represents. Though Rep. Joyce is a prohibitive favorite in the R+49 district, the Democrats now have a credible standard bearer for the general election.

Dollar Report: Paired & Special House Races — Similar to the above report on the most competitive Senate races, we also look at the resource counts from the June 30 reports for the four races featuring paired incumbents and four in special elections. Two pairings are in nomination mode, with the remaining two as inter-party general election pairings. All four special elections are in the general election mode. Again, the financial number listed is the cash-on-hand amount each candidate held at the June 30 reporting deadline.

*Note: Pat Ryan is also running in the contested Democratic primary for the 18th Congressional District nomination on the same day as the 19th CD’s special election