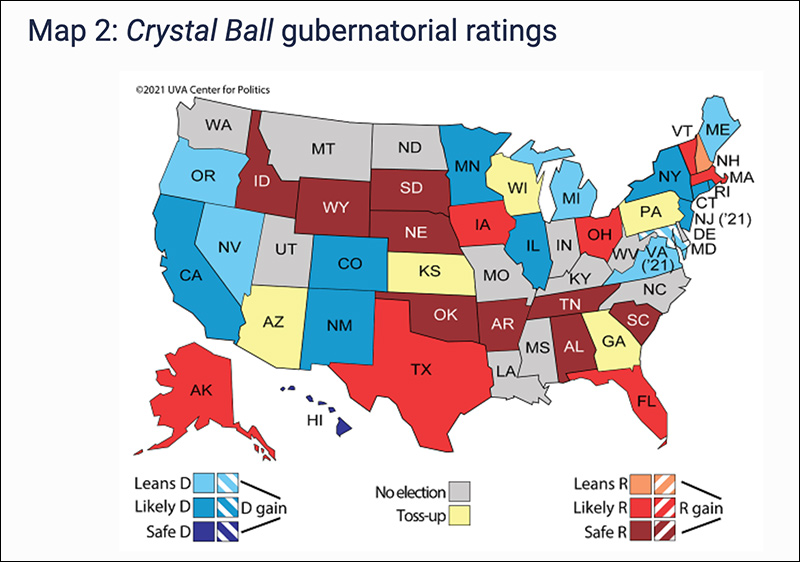 In Rhode Island, new Gov. McKee assumed office after elected Gov. Gina Raimondo (D) resigned to accept her appointment as US Secretary of Commerce. Election year 2022 will feature a competitive Democratic gubernatorial primary, but the party will remain in control regardless of who eventually wins the primary election.
END_OF_DOCUMENT_TOKEN_TO_BE_REPLACED