Remembering that Wyoming has an open primary where Democrats and Independents can vote in a Republican primary (and vice-versa), Cheney’s numbers among self-identified Republican voters are even worse, 68-15 percent, in favor of Hageman. The congresswoman gets 98 percent of the crossover Democratic vote, however, while the Independents are split about evenly with the incumbent leading 43-40 percent within this voter segment. 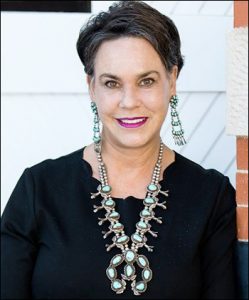 The pollsters wanted to see how many people are actually voting for a Cheney opponent, namely Hageman, or to make a statement of opposition against the congresswoman. Therefore, after the individual had stated a candidate preference, the interviewer asked the respondents if their vote is to “mainly support” (the named candidate) or oppose Liz Cheney? The reverse was asked of those people saying they are voting for the congresswoman.

For those supporting Rep. Cheney, 77.8 percent of Republicans, 60.0 percent of Democrats, and 58.8 percent of Independents said their vote is a sign of support for the congresswoman. It appears clear that Hageman will defeat Rep. Cheney on Tuesday night.

A Cheney defeat would mean that of the 10 Republican House members who voted to impeach former President Trump, only one, Rep. Dan Newhouse (R-WA) who survived his jungle primary with less than 30 percent of the vote, is on a track to win re-election. Rep. David Valadao (R-CA) could also win, but he fared poorly in his jungle primary, barely capturing second place, and currently trails in polling opposite Democratic state Assemblyman Rudy Salas (D-Bakersfield). Therefore, his re-election path is more difficult.

California: Series of Key Race Golden State Polls — RGM Research conducted polls in House districts throughout the country including three in northern California contested districts. All are in close competition at this point. Each of the polls consisted of 400 respondents for the individual tested districts. The CA-9 poll was conducted during the July 19-26 period.

In the Stockton anchored district, Rep. Josh Harder (D-Turlock) and San Joaquin County Supervisor Tom Patti (R) are tied at 38 percent. In the new open 13th CD that stretches from the southern Sacramento County border to Fresno, the survey was conducted during the July 26 – Aug. 2 period. On this ballot test, rancher John Duarte (R) and state Assemblyman Adam Gray (D-Merced) are tied at 37 percent.

IN-2: Special Election Scheduled — Gov. Eric Holcomb (R), as expected, announced that the special election to replace the late Rep. Jackie Walorski (R-Elkhart) will be held concurrently with the Nov. 8 general election. Republicans will gather in a precinct committee convention on Aug. 20 to choose a nominee for the special election, and a replacement for Walorski, who won the May Republican primary, in the regular election. Democrats are expected to nominate the party’s regular election nominee, educator Paul Steury.

Incumbents: Polls Find Four Incumbents Trailing — The RMG Research firm is polling around the country and found an additional four races where the incumbent House member is trailing. This, in addition to Rep. David Valadao (R-CA) falling behind in his Fresno/Bakersfield seat as covered in the California report above.