With sequestration taking effect at the end of last week, which triggered an automatic $85 billion reduction in FY 2013 spending increases, a quartet of America’s largest labor unions responded by forming a coordinated effort to fire the 2014 election campaign’s first salvo.

Obviously, a small “six-figure” buy divided among seven individuals in targeted cable markets in March of the off-year means very little in the scope of cementing a negative image against their targets, but it does provide us a glimpse into where the unions and Democratic Party organizations will END_OF_DOCUMENT_TOKEN_TO_BE_REPLACED 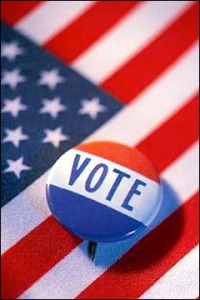 Less than one week before Election Day 2012, we know little more about the projected outcome than we did when the campaigns began in earnest almost two years ago. At that time there was uncertainty about the presidential election. A feeling persisted that Pres. Barack Obama could certainly win re-election, but enough vulnerability existed that a strong challenger could deny him a second term.

With majority Democrats having to protect 23 of the 33 in-cycle contests, control of the Senate appeared up for grabs. With the 2010 state legislative elections swinging hard toward the Republicans, thus giving them clear control of the redistricting process, it became a foregone conclusion that the House GOP majority would be sustained in a post-reapportionment election year with newly drawn congressional district boundaries.

Two years later and six days away from the people’s decision, we still have no counter-arguments to any of these observations.

According to all of the latest national polls, the presidential race is a virtual tie. Seven national pollsters released popular vote surveys yesterday and the biggest spread among the group was Rasmussen Reports producing a two-point lead for Republican Mitt Romney. Five of the polls were showing one-point margins either way, and one, Public Policy Polling for the Service Employees International Union (SEIU), showed a 49-49 percent tie. It simply doesn’t get any closer.

Turning to the states, we find equally close numbers though the Romney position has improved in many key electoral vote havens. Think of the model that stated the Republican needed to convert Indiana, the 2nd Congressional District of Nebraska (because the state awards it electoral votes individually for the candidate carrying each congressional district), Florida, North Carolina, Virginia, Ohio and one other Obama state larger than Vermont or Delaware. Today, Romney looks solid in Indiana and NE-2, and good in Florida and North Carolina, while improving to even footing in Virginia. But this standing, while much better than his Republican predecessor’s of four years ago, does not clinch victory.

The next tier becomes determining. The Romney trends in Ohio are improving, and at least one pollster, Rasmussen Reports, actually has the challenger forging ahead in the Buckeye State by the slimmest of margins. All other survey research firms show either a tie or a slight Obama lead. Trends seem to be moving Romney’s way in Colorado. Iowa, Wisconsin and New Hampshire are all still very much in play, and are virtually deadlocked. Obama has been recently drawing stronger numbers in Nevada. Movement could still occur in Pennsylvania, Michigan, Minnesota and possibly even Oregon, but it is likely that these states are only flirting with the Republicans and will return to the Democratic fold on Election Day.

Though there are still ways for Romney to win nationally without carrying Ohio, assuming the rest of our analysis rings true, he likely won’t unseat the president without winning what is becoming the deciding state. It is very likely that the way Ohio eventually votes will determine who remains or becomes president. Amazingly, the election is still simply too close to call.

The Senate remains just as tight, though Democrats are in good position to hold at least a bare majority. There are still 14 Senate races projected to be within the margin of error, so anything can still happen. The outcome of the presidential race will likely help decide all of these critically important, and virtually dead even contests.

There are ominous signs on the near horizon for the president, however. As an incumbent, going into an election tied rarely leads to victory. The Obama campaign confirms Romney’s momentum by consistently promoting a negative message. Additionally, aggregate estimates from all of the early voting states suggest that the Democrats are more than 20 percent behind their 2008 pace of returning the ballots to the election officials. They are still responding in greater numbers than Republicans, but the Democratic margin is certainly down. And, finally, we are all basing our predictions on polls showing a zero to two-point difference when their own error factor is 2.5 to 3.5 percent.

It’s clear this election will be very close and it’s possible we could be headed to political overtime, meaning absentee ballot counting could again make the difference, just as it did in 2000.