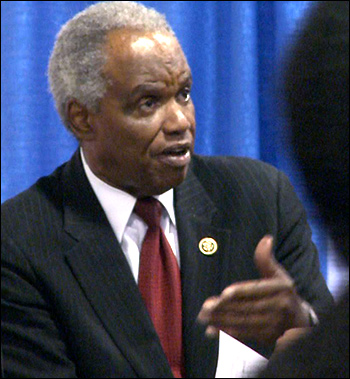 The 46.8 percent total is a poor result for Scott, who is generally considered to vote a bit to the right of the district’s ideological composition. He has also reached across the aisle in high profile ways such as endorsing now retired Sen. Johnny Isakson (R) in the latter man’s last election (2016). It remains to be seen if big monied left of center organizations will enter the runoff to support Waites now that Rep. Scott’s political weakness has been exposed. Suddenly, the surprising 13th District Democratic runoff is a race to watch in early August.

In the way of an update, US Senate candidate Jon Ossoff is still hovering around the 50 percent mark in his quest to win the Democratic nomination outright. Counting continues and the closeness of Ossoff teetering back and forth from 50 percent suggests it will be into next week before we know whether there will be a Senate runoff, or if the general election begins with Ossoff opposing Sen. David Perdue (R). Currently, former Columbus mayor Teresa Tomlinson is a distant second.

Republicans will see runoff elections in the state’s two northern districts, numbers 9 and 14. Each of those seats is safely Republican. State Rep. Matt Gurtler (R-Tiger) battles retired Navy officer Andrew Clyde in CD-9. In the 14th, conservative activist Marjorie Greene and surgeon John Cowan face one another. In both instances, the Aug. 11 winner will take the seat in November against only token opposition.

Due to lack of reporting of election returns from South Carolina on Tuesday night, we erroneously stated that Sen. Lindsey Graham was unopposed in the Republican primary. In actuality, he had three Republican opponents and scored a 68 percent nomination victory. His Democratic general election opponent, former South Carolina Democratic Party chairman Jaime Harrison, was unopposed as accurately reported.