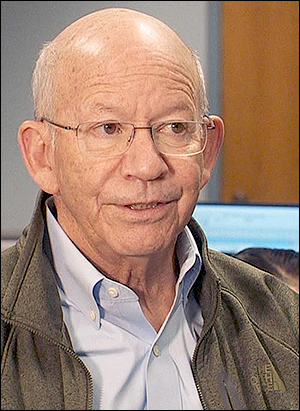 With Rep. DeFazio’s seniority in the House and his position as the Transportation Committee chairman, a prime post for bringing more infrastructure dollars back to the district, and Skarlatos having already announced that he is returning for a re-match, the state leaders significantly increased the Democratic margin in the DeFazio district at the expense of Rep. Kurt Schrader (D-Canby/Salem) and the new 6th District, both of which are more competitive than District 4.

If the legislative and party leaders had known that DeFazio was not going to seek re-election, it is highly likely they would have drawn a different map, which would have yielded a stronger 5D-1R plan. Additionally, without Rep. DeFazio running in the 4th, even this district could become competitive with another strong performance from Skarlatos.

Not wasting any time, state Labor and Industries Commissioner Val Hoyle (D) declared for the House seat on the heels of DeFazio’s retirement announcement. Hoyle, after serving four terms in the state House of Representatives and one as Majority Leader, was elected statewide in 2018 with a 52-35 percent victory spread.

At the very least, the new 4th District will be rated as a Lean Democratic CD and possibly stronger when more detailed political numbers become available. We can expect to see a contested Democratic primary, while Mr. Skarlatos is likely to become a consensus Republican candidate.