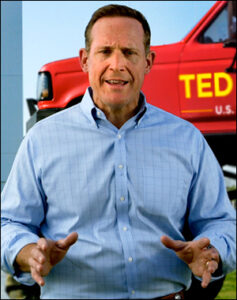 Considering North Carolina only has a 30 percent threshold to win a nomination outright, it appears the congressman is in strong position to clinch on May 17. The GOP winner will face consensus Democratic candidate Cheri Beasley, the former state Supreme Court Chief Justice. Sen. Richard Burr (R) is retiring after three terms.

The seat leans Republican, but expect Democratic competition in the general election. At the early going, considering he represented more than 70 percent of this district for eight years in the House before retiring, Ross is the clear favorite for the party nomination and to capture the seat.

With the primary fast approaching on May 10, we can expect Rep. Mooney to quickly counter the message. Sen. Manchin’s approval numbers are strong in West Virginia, but bringing a Democratic figure in to help decide a Republican primary battle could well backfire. Expect Mooney to attempt to turn the tables regarding this endorsement.

Helping explain Rep. McKinley’s move to highlight the Democratic senator, the latest public poll (Public Opinion Strategies for the Mooney campaign; April 26-28; 400 likely WV-2 Republican primary voters) gives Rep. Mooney a 20-point, 50-30 percent advantage as the two candidates begin the final week of campaigning. The two were forced into one district because West Virginia lost one of its three seats in national reapportionment.