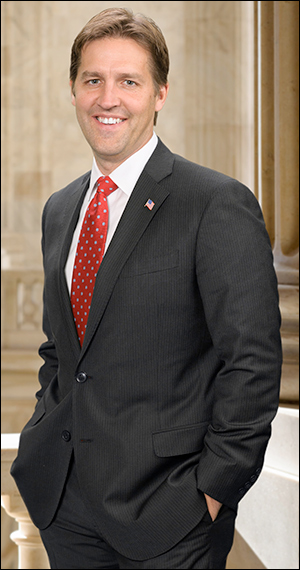 Nebraska: Appointment Coming Soon — Sen. Ben Sasse (R) has already delivered his farewell speech to the Senate, and scheduled Sunday, Jan. 8 as his official resignation day. He is leaving the Senate to become president of the University of Florida. With Gov. Jim Pillen (R) being sworn into office yesterday, he will soon announce his appointed choice to replace Sen. Sasse.

The odds clearly favor outgoing Gov. Pete Ricketts (R) as Pillen’s selection, but such a move is reportedly not being completely well received within Nebraska GOP circles. Charges of an inside deal surround the potential pick since Gov. Ricketts was instrumental in helping Pillen win a crowded Republican primary back in May. Whoever is chosen must stand for election in 2024 to fill the remaining two years of the present term. The seat is next in-cycle in 2026.

Indiana: Equivalent Resources — 2024 Indiana gubernatorial candidates are already releasing their financial figures in anticipation of the state’s impending disclosure deadline. At this point, the three announced Republican candidates, US. Sen. Mike Braun, Lt. Gov. Suzanne Crouch, and businessman Eric Doden are all indicating they have in the neighborhood of $3 million in their individual campaign accounts. The combined funds comes from contributions, transfers from previous campaign committees, and self-funding loans or donations. Sen. Braun is the clear favorite to win both the Republican primary and general election, but it is also clear that he will have competitive party nomination opponents.

The Louisiana jungle primary is scheduled for later this year, on Oct. 14. If no one receives majority support, which is likely, the top two finishers will advance to a Nov. 18 runoff election.

Chicago: Mayor Lightfoot Unloads on Rep. Garcia — Chicago Mayor Lori Lightfoot (D), in a fight for her political life as the nine candidates move toward the Feb. 28 Windy City municipal election, has released a major negative attack against who polling shows to be her chief opponent, US Rep. Jesus “Chuy” Garcia (D-Chicago).

Her new media ad attacks Rep. Garcia as being corrupt for his association with, and receiving financial favors from, indicted crypto currency fund owner Sam Bankman-Fried, along with his relationship with indicted former Speaker of the House Mike Madigan (D), and for what she claims is his delivering the deciding vote for a red light camera company contract just hours after receiving a contribution from the manufacturing company. The gloves have already come off in this major mayoral battle, and it is certainly a campaign to watch.