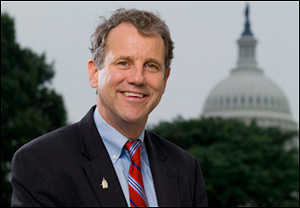 The Gallup organization released an article about their poll testing the Democratic candidates’ favorability ratings also late last week. According to the results of the mid-late February survey (Feb. 12-28; 1,932 US adults), Biden is the most favorably viewed of the announced candidates, sporting a 56:32 percent favorable to unfavorable rating. Sen. Sanders’ favorability rating — from an earlier Sept. 4, 2018 Gallup poll, however — registers 53:38 percent.

Among Democrats and Democratic-leaning Independents, the candidate order is the same, but the results are much different:

But how long will Biden maintain such favorable ratings when the others begin attacking him? This invariably will happen since they cannot allow him to get too far ahead, to the point where a first-ballot victory appears feasible even with such a large candidate field and no winner-take-all primaries or caucuses.

Within the Democratic primary voter universe, and particularly among the elected delegate base, Biden becomes vulnerable on several points from his long career. Voting for the Iraq War, the handling of witness Anita Hill before the Senate Judiciary Committee of which he chaired during the Justice Clarence Thomas confirmation hearings, opposing busing in the 1970s, and even eulogizing Sen. Strom Thurmond at his memorial service are just a few of the attack points that will be launched at him.

Furthermore, though Mr. Biden is currently riding high in the approval polls, it wasn’t always that way. According to the Gallup historical reference, it was early 2015 when the then-sitting vice president had a dead even 39:39 percentage favorability index among the national electorate at-large. And his negatives were consistently in the 39-42 percentage range from the fourth quarter of 2009 all the way through the aforementioned point in early 2015. Therefore, the current high favorability rating could snap back rather quickly before an electorate that proves itself fickle and volatile.

While it’s difficult to argue with the Bloomberg/Brown reasoning that Biden’s presence blocks their nomination paths, that may not be the case for the others. The tea leaves suggest that the former vice president will join the race, but that doesn’t mean the nomination is his for the asking.