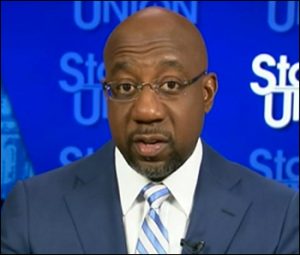 Georgia: Sen. Warnock Continues to Attract Big Bucks — Georgia Sen. Raphael Warnock’s (D) campaign leadership is reporting that they raised an incredible $26.3 million just in the third quarter. Prior to this impending Federal Election Commission disclosure report due on Oct. 15, Sen. Warnock had outraised every Senate incumbent and challenger by at least $30 million. His new aggregate total of approximately $111 million raised for the entire campaign will certainly keep him in the financial driver’s seat. The campaign spokesperson said the Warnock committee has more than $13 million cash-on-hand available for the final five weeks.

Indiana: Another Close Survey — Back in August, Change Research released a survey that found Sen. Todd Young (R) ahead of Hammond Mayor Tom McDermott (D) by only a slim 45-42 percent margin. Most believed this survey to be an anomaly. Now, the ARW Strategies polling entity, surveying for the Indy Politics blog (Sept. 25-26; 600 likely Indiana general election voters), has arrived at a similar conclusion more than a month later. The ARW results find Sen. Young’s advantage to be only 39-37 percent opposite Mayor McDermott. Libertarian candidate James Sceniak accounts for six percent of the preference total with the remainder saying they are undecided.

These again are puzzling numbers since Sen. Young is not exhibiting any signs of political trouble in a state where his party consistently wins elections and is favored across the board in 2022. Chances are good we will see more attention from both sides being paid to this race as we move toward the campaign’s closing weeks.

The most troubling aspect from the Democratic perspective is that Sen. Cortez Masto only averages 43.3 percent preference with a high-water mark of just 46 percent within this group of studies. Her performance is far below the 50 percent plateau and very low for any incumbent. It now appears that Nevada is the Republicans’ best national US Senate conversion opportunity.

The open 17th District, located in the western Pittsburgh suburbs and encompasses the territory all the way to the Ohio border, is a swing district that the FiveThirtyEight data organization rates D+1. Detecting a Republican resurgence around the country after Sept. 20, it will be interesting to see what more recent data might show for this campaign. This region’s voting history suggests the 17th District remains a toss-up race.

Nevada: Republican Lombardo Pulls Ahead — OH Predictive Insights also released their new Nevada gubernatorial results. The survey (see Nevada Senate above) projects Clark County Sheriff Joe Lombardo (R) to be running ahead of Gov. Steve Sisolak (D) by three percentage points, 45-42 percent. This is the third consecutive poll that finds the GOP challenger topping the Democratic incumbent. It is clear that the closing campaign weeks will be hot ones in the Silver State.