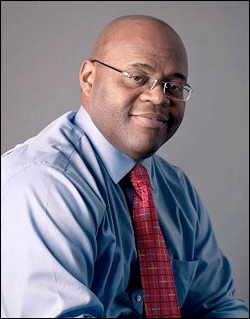 Mo Cowan becomes the second African American to join the current Senate, marking the first time that two blacks have served here together since Reconstruction. Ironically, neither is an elected member, as South Carolina Sen. Tim Scott (R) also was recently appointed.

One person who will become a candidate is Democratic Congressman Stephen Lynch (D-MA-8). He will oppose Rep. Ed Markey (D-MA-5), who announced his intention to run during the Christmas holidays. No Republican has yet to signal an intent to run, as all are awaiting former Sen. Scott Brown’s decision. Now that Kerry has left the Senate and an interim replacement chosen, Brown will soon announce whether he will run for the Senate or declare for the open gubernatorial race to be held next year. Despite his defeat last November, Brown says he is open to running for public office again but has been very tight-lipped about his immediate plans regarding this special Senatorial election.

Public Policy Polling, on the heels of the MassINC poll that gave Brown a commanding lead over Markey, released the results of their own survey (Jan. 29-30; 763 registered Massachusetts voters; 404 self-identified Democratic primary participants). This poll shows a much tighter result than MassINC’s 53-31 percent spread, and probably better depicts where the electorate stands particularly when considering Massachusetts’ staunch Democratic voting history.

According to PPP, Brown leads Markey 48-45 percent on the ballot test question, and has a favorability index score of 50:43 percent favorable to unfavorable. Rep. Markey’s personal index ratio is only 38:35 percent. Brown does considerably better against Rep. Lynch. In this pairing, the former senator enjoys a 48-39 percent margin. Lynch’s personal favorability index is an upside-down 26:31 percent. Among Democrats choosing between Markey and Lynch, the respondents favored the former by a whopping 52-19 percent spread.

PPP also tested Brown in the gubernatorial race. His numbers are better against the two most likely Democratic contenders than against Markey. State Treasurer Steve Grossman, who is already an announced candidate and viewed as the early favorite to win the nomination, trails Brown 37-48 percent.

Don Berwick, who President Obama chose as the Administrator of the Centers for Medicare and Medicaid Services, is also a potential gubernatorial candidate. Paired against former Sen. Brown in a hypothetical race to become the state’s new chief executive, Berwick trails 32-49 percent.

Gov. Patrick moved quickly in making the senatorial appointment, as was expected. True to his word, he chose a caretaker and did not give Rep. Markey any incumbency advantage during the special election. The next move is Brown’s, which will come shortly. The next senator will serve only through the current Congress, as he will then run for a full six-year term in the 2014 regular election.