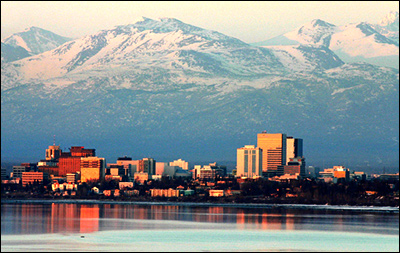 The House race looks to be adopting a similar pattern for the Dean of the House, at-large Rep. Don Young (R-Ft. Yukon). For a man who began his political career losing to an opponent who had already died, Young would go onto win 24 consecutive elections and continue to serve in the House after 47 years.

The surprising result in the PPP survey finds Rep. Young actually trailing his 2018 opponent, education reform activist Alyse Galvin, who will be running as an Independent Democrat. The numbers suggest that Galvin holds a 43-41 percent edge.

Seeing close polling numbers is nothing new for Rep. Young, who almost always runs ahead of his polling numbers. Looking at the 2018 election, all October polling (five polls from three different pollsters) found Young either leading between two and four points or even trailing by one (Alaska Survey Research, Oct. 26-27, 2018; Galvin 49-48 percent). Rep. Young would win 53-46 percent.

Another factor in Alaska politics that is certainly ignored in this poll is the effect of the minor party candidates. Alaska traditionally sees several Independent or minor party entries that attract a significant share of the vote. In the 2016 presidential race, non-major party candidates received a combined 12.17 percent; in the 2014 Senate race, 6.21 percent; and in the 2018 governor’s contest, 4.15 percent. There was little in the way of minor party activity in the 2018 House race, but in 2016, the secondary House candidates combined for 13.66 percent of the overall vote.

The minor party candidate presence certainly skews polling and eventual race outcome. Consistently taking over five percent of the vote, and often into double digits, changes the complexion of the campaign and often turns barely breaking majority support into a landslide win. The minor party and independent candidate filing deadline coincides with the state primary, which, this year, is Aug. 18. At that time we will know just how many extra candidates will be on the ballot.

Now entering campaign prime time, it is worth watching the Alaska races to see if the previous polling vs. voting pattern again emerges, of if Democrats are able to break through at any level in the Last Frontier.