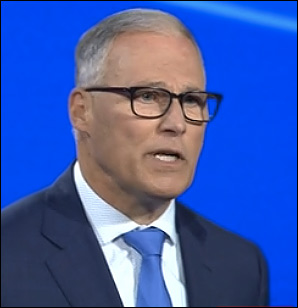 It appears that at least two candidates are on the cusp of qualifying, and still could because the deadline is not until Aug. 28. Both Rep. Tulsi Gabbard (D-HI) and billionaire Tom Steyer have met the contributor goal and need at least one more poll showing them with two percent support.

Thus, with the field reduced to, say, 12 candidates in the near future, the chances increase for some of the lower-tier candidates to make an upward move and expand the number of contenders who actually would have a chance to win the nomination.