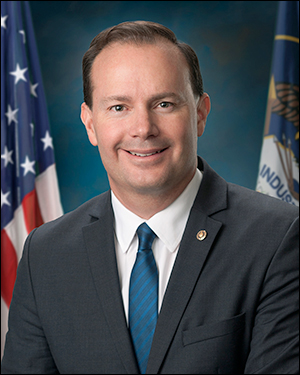 Utah: Sen. Lee Well Ahead in Latest Survey — Coming on the heels of a Dan Jones & Associates survey (May 24-June4; 810 registered Utah voters) that found Sen. Mike Lee (R) holding only a 41-37 percent lead over Independent Evan McMullin, who has coalesced with the Democrats, a new WPA Intelligence poll puts the senator in much better position. According to the WPA results (June 14-16; 300 likely Utah general election voters) the senator’s lead is 52-33 percent.

Both surveys have issues. The Dan Jones poll has a very long sampling period and is of registered and not likely voters. The WPAi survey has a sampling university of only 300 individuals, which is low for a statewide study in Utah.

Louisiana: Federal Judge to Draw New Black Seat — Federal Judge Shelly Dick, since the legislature did not produce a new congressional map that adds a second black district to the delegation by her imposed June 20 deadline, says she will draw such a map before June 29. Currently, the Louisiana delegation stands at 5R-1D, with the one Democratic seat being majority black and stretching from New Orleans to Baton Rouge. The move will likely add a Democratic district to the delegation and cost the Republicans a seat. Republicans have asked the US Supreme Court to stay Judge Dick’s ruling, but so far the high court has not taken any action.