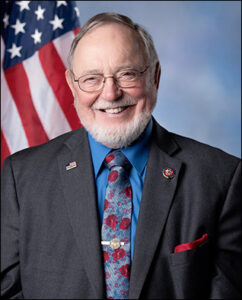 March 24, 2022 — Decisions have been made about the special election calendar to replace the late at-large Alaska Congressman Don Young (R-Ft. Yukon).

Gov. Mike Dunleavy (R) has set June 11 as the special primary election day, and the vote will be conducted through the mail. Alaska’s new top-four jungle primary system will be in play, meaning that four competitors will advance into the special general election, regardless of party affiliation.

The special general will be run concurrently with the Aug. 16 regular primary election, meaning candidates will be placed separately on the ballot for both the special election and the regular full term.

If no candidate receives majority support in the Aug. 16 special election, the Ranked Choice Voting System will take effect. Voters would rank their choices from first to four just for the special general. Since no one would have received 50 percent, the last-place finisher is eliminated and the ballots that ranked the last place finisher as their first choice are located, and only their second choices are then added to the total. This process continues until one of the candidates reaches 50 percent.

This means that voters will rank the four finalists for the special general and then vote for one of the regular primary candidates for the Nov. 8 election during the same voting process on Aug. 16, or the date on which they choose to vote early.

Since Alaska’s at-large House seat has not been open since the 1973 special election when Rep. Young was originally elected, a large special election field will form. Already, Nick Begich III, grandson of Rep. Young’s first Democratic opponent back in 1972, then-Congressman Nick Begich (D) who perished in a plane crash shortly before the regular general election, is in the field but as a Republican. He had announced against Young in the Republican primary before the congressman’s death.

Also saying he will run both in the special and regular elections, as did Begich, is Anchorage City Assemblyman Chris Constant (D).

The Democratic/Independent 2020 US Senate nominee who raised and spent over $19.5 million to unsuccessfully challenge GOP Sen. Dan Sullivan, surgeon Al Gross, publicly said that he, too, plans to enter the open seat campaign. Dr. Gross begins the race with a reported $200,000 (approximate) in remaining campaign funds, obviously a big advantage.