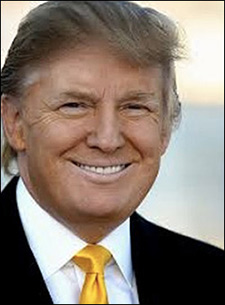 Irrespective of the Trump factor, we see Rep. Budd already gaining early strength – moving from single digits in previous surveys to at least 19 percent in the Meeting Street poll – which suggests this Republican primary will be anything but a slam dunk for the state’s former governor.

The Meeting Street study also finds all three GOP contenders with strong favorability ratings among the Republican poll respondents who know enough about them to form an opinion. McCrory posts a 58:14 percent favorable to unfavorable ratio, Rep. Budd, 28:4 percent, and Mr. Walker, 23:3 percent.

McCrory, who had served 14 years as mayor of Charlotte before running for governor, was defeated for re-election in 2016 despite President Trump carrying the state in the same election. Gov. McCrory was besieged by the infamous “bathroom bill” legislation among other things that caused him to drop the election to the state’s current Democratic governor, and then-attorney general, Roy Cooper. The margin of McCrory’s defeat was just over 10,000 votes of more than 4.7 million ballots cast, or just slightly over two-tenths of one percent.

Ex-Rep. Walker served three terms in the House before the North Carolina state Supreme Court, in a late-decade redistricting ruling, changed his Greensboro seat from a safe Republican domain into one that a Democrat couldn’t lose. Upon the new map being enacted, Rep. Walker chose to retire from the House and immediately after the 2020 election formally declared his US Senate candidacy.

On the Democratic side in this always competitive general election state are 10 announced candidates, but the race already appears to be coming down to a pair of principal contenders. They are former state Supreme Court Chief Justice Cheri Beasley, who also lost her position in a close statewide result, and state Sen. Jeff Jackson (D-Charlotte).

Count on the North Carolina open seat race to become a highly competitive national campaign, especially since the Senate majority balance hangs in abeyance with every contested 2022 election. Now, however, it appears both Tar Heel State nomination campaigns will be equally spirited.