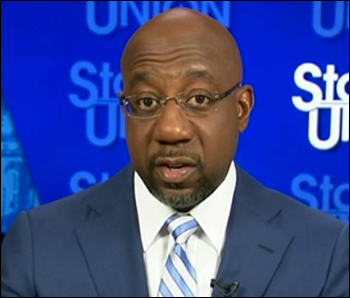 Secondly, Loeffler has the most surprising rating because it is almost universally negative. She is upside-down with women, men, Democrats, Independents, whites, blacks, other races, all age ranges, educational categories, and naturally Biden voters. Even among Trump voters and Republicans, her numbers are not particularly strong. She scores 53:20 percent favorable with Trump voters and 56:21 percent among Republicans.

Both of Loeffler’s positive figures are far below an acceptable base position. To contrast, Walker records a 72:7 percent positive ratio among Republicans and 70:9 percent within the Trump voter cell.

Despite her poor approval metrics, Loeffler’s ballot test of falling just three percentage points short of Sen. Warnock is more indicative of his standing than hers. In all the trial heats, even when he has a substantial lead over Black, Sen. Warnock fails to reach the 50 percent plateau.

In the 2020 election, Rev. Warnock scored a 51-49 percent win over then-Sen. Loeffler. He did so largely by outperforming his opponent in the strongest Democratic counties with a greater margin than Loeffler pulled from the best Republican counties. In the jungle primary election, with eight Democrats, six Republicans, and six Independent/minor party candidates on the ballot, the aggregate Republican vote was larger than the Democratic total: 2,426,120 to 2,378,312, a slight margin of 47,808 votes from a concurrent general election turnout model.

The other factor in the coming 2022 race is the expected governor’s race between incumbent Kemp and 2018 Democratic nominee Stacey Abrams. With Kemp weakened within the Republican base because of the post-election controversy, Abrams will likely be in stronger position than she was when losing the statewide contest three years ago, 50.2 – 48.8 percent.

The governor’s race will certainly affect Senate turnout, which may be a wild card factor in how the latter campaign unfolds. PPP did not release governor’s results in this poll but following the governor’s contest throughout the election cycle could provide as much tangential information about the Senate battle as does the specific race polling.