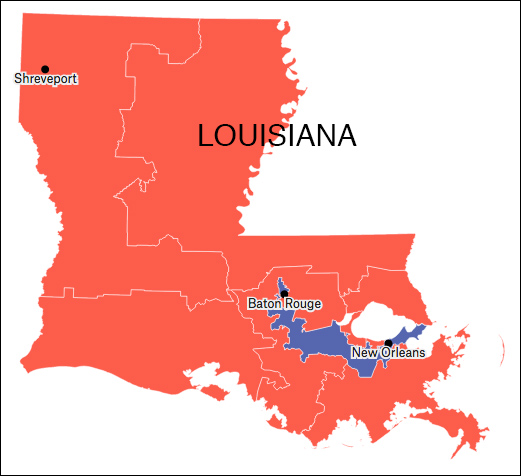 Despite the legislature’s compliance with the court, Maryland Attorney General Brian Frosh (D) announced late yesterday that the state will appeal the judge’s initial decision. Should a higher court overturn this district court ruling, the rejected map would then return.

Earlier this week, the Missouri state Senate appeared to have derailed the effort of some Republican members who were holding out to create a 7R-1D map by altering Rep. Emmanuel Cleaver’s (D-Kansas City) 5th District. Instead, the senators passed a plan that keeps the 6R-2D split that would likely hold throughout the decade.

The state House of Representatives then rejected the new Senate version, however. Therefore, the impasse between the two GOP factions over maximizing the congressional plan continues.

The delays could backfire on the Republicans. A federal court being forced to step in to create an interim congressional plan would likely draw a new map even less GOP-friendly than the safe 6R-2D plan the Senate produced.