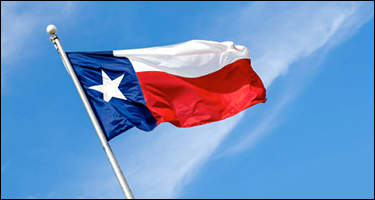 March 1, 2022 — The national primary season begins today in the Lone Star State and some nominees will be chosen outright while others can advance to a May 24 runoff election. The majority of the candidates will be eliminated, however.

Texas has all of their statewide offices on the ballot in 2022, as well as 38 congressional races, two more than in the previous decade since the state earned two new seats in national reapportionment. Neither Texas US senator is in-cycle his year.

This should be a relatively quiet primary day for the top of the ticket candidates as Gov. Greg Abbott and former US Rep. Beto O’Rourke will easily win outright in their respective Republican and Democratic nomination elections. Surveys, however, only show early single-digit leads for Gov. Abbott in general election pairings, which is typical for Texas polling. Often races begin in rather close fashion only to see the Republican nominee pull away at the end.

The race garnering the most attention is the attorney general’s contest, where two-term incumbent Ken Paxton is likely headed to a runoff election against either Land Commissioner George P. Bush, son of former Florida governor and presidential candidate Jeb Bush, or state Supreme Court Justice Eva Guzman. US Rep. Louie Gohmert (R-Tyler), while being part of the equation that likely denies Paxton re-nomination tomorrow night, does not appear in competitive position.

AG Paxton continues to have a 2015 federal indictment hanging over his head without action, former aides levying (at this point unproven) charges that he was involved in a bribery scam, and dealing with an extra-marital affair that has come to the surface. All of this has put him in an obvious vulnerable position for re-election.

Several primary contests will be decided tomorrow night in congressional races, with the most competitive battles underway in open seats. Twenty of the state’s incumbents seeking re-election have primary opposition, but only two face what can be characterized as serious opponents. Democratic Rep. Henry Cuellar (D-Laredo) has the most serious challenge, and a highly publicized FBI investigation certainly doesn’t help his situation.

The following are the congressional races to watch tomorrow night:

With Rep. Gohmert retiring after what will be nine terms, four candidates are battling for the Republican nomination in what is a super-safe east Texas seat for the GOP. Smith County Judge (called County Executives in most states) Nathaniel Moran appears to be the favorite since the Tyler area is the 1st District’s population anchor. Moran is a possibility to win outright, but he is virtually assured of clinching one of the runoff slots.

Rep. Van Taylor’s top opponent, former Collin County Judge Keith Self, has won three elections in a political entity that houses more than 1 million people, so he is a known figure to north Texas Republican voters. He has not raised much in the way of funding, however, but does have some outside help. There are two other candidates on the ballot, so a runoff is mathematically conceivable but highly unlikely.

Rep. Taylor is the clear favored to win outright. The 3rd District was made much more Republican in redistricting, thus tomorrow night’s election will likely be the determining factor for the entire election cycle.

Rep. Kevin Brady is retiring after what will be 26 years in the House, and leaves a Republican primary battle that will likely be decided tomorrow night. Internal polling shows retired Iraq and Afghan War veteran Morgan Luttrell in position to win outright in a field of 11 candidates, which is a difficult feat. Luttrell is the brother of Marcus Luttrell, who came to fame as the “Lone Survivor” in books and a movie about his harrowing experience in Afghanistan.

With Republicans making gains in the Texas border region, Rep. Vicente Gonzalez decided to seek re-election in the adjacent open 34th District after Rep. Filemon Vela (D-Brownsville) announced his retirement. This opens the 15th to primary campaigns in both parties. For the Republicans, 2020 congressional nominee Monica de la Cruz, who held Rep. Gonzalez to a 50.5 percent win, is clearly the leading GOP candidate and has a strong chance of winning the nomination outright despite having seven opponents.

Democrats have a field of six candidates, none of whom are elected officials. A runoff is expected. Attorney Ruben Ramirez is favored to secure one of the runoff slots. This will be a toss-up campaign in the general election, and fast becoming a must-win for Republicans if they are to capture the majority in the next Congress.

Rep. Michael Cloud first won his seat in a 2018 special election, and then easily claimed the regular election later that year and in 2020. On paper, this primary election looked to have the potential of becoming serious, but Jackson County Sheriff A.J. Louderback does not look to have developed a strong enough campaign to seriously challenge the two-term congressman. Expect Rep. Cloud to win outright and then have an easy ride in the general election.

The 28th District primary will clearly be the one to watch. Two years ago, attorney Jessica Cisneros, backed by the Socialist Democrats faction, came within four percentage points of denying Rep. Cuellar re-nomination. Now, with an FBI investigation into his affairs pertaining to the country of Azerbaijan, the party leadership figures who all supported him in 2020 have remained quiet in this election.

An upset tonight in this district that stretches from the San Antonio suburbs to the Mexican border is certainly possible. Republicans have seven candidates in an attempt to also make the general election very competitive. Two will advance to a GOP runoff.

Rep. Eddie Bernice Johnson is retiring after what will be 30 years in the House and has endorsed state Rep. Jasmine Crockett (D-Dallas) in a field of nine Democratic candidates. Crockett is certainly a key contender, and a runoff appears the most likely result tomorrow night. Her top opponents are Biden Texas Campaign Director Jane Hope Hamilton and attorney Abel Mulugheta, both who have raised more money than Rep. Crockett. The eventual Democratic nominee is a lock in the general election.

Rep. Colin Allred came to the House in 2018 when defeating then-incumbent Pete Sessions (R) in what was a Republican district in transition toward the Democrats. Now, redistricting has made the 32nd District a safely Democratic seat. Even though we see a Republican primary that has drawn six candidates, and two will likely go to a runoff, there will be little suspense in the general election.

As stated above, Rep. Vicente Gonzalez is running in this open district with Rep. Vela retiring. Gonzalez’s only challenge is in tonight’s primary, and he is in position to win outright. The congressman has six opponents in the nomination contest, but it doesn’t appear that any has caught fire to the point of being a serious threat. Expect Rep. Gonzalez to win outright and go onto an easy general election victory in November.

The new 35th District stretches from Austin to San Antonio, and it is the seat that Rep. Lloyd Doggett has represented for the past decade. In 2022, however, he is seeking re-election in one of the state’s new districts, the one completely contained within Travis County. This leaves a major Democratic Party fight to succeed Doggett as this district’s Representative. Though more of the district lies in the San Antonio area, the two top combatants appear to come from Austin.

Polling has given Austin City Councilman Greg Casar a sizable lead, and the support of the Socialist Democrat party faction. His main opponent is 20-year state Rep. Eddie Rodriguez (D-Austin). The latter man appears to be relatively weak in the polling, a surprise for someone who has won 10 elections in this region. Chances are good that his electoral strength will be better than his showing in the polls. The most likely outcome is that both Casar and Rodriguez advance to the May 24th runoff election. It appears Casar will finish first, but reaching the 50 percent plateau will likely be a stretch.

This is the Travis County-anchored district where Rep. Lloyd Doggett (D-Austin) is seeking re-election. He should have little trouble tomorrow night and in the general election.

The new 38th District is second of the new Texas seats and fully contained within Harris County. It looks clear that the map drawers constructed this seat for Republican Wesley Hunt, the 7th District 2020 nominee who held Rep. Lizzie Fletcher (D) to a 50.8 – 47.5 percent victory. He is a mortgage company executive and Iraq War veteran.

Hunt is a strong fundraiser as his $2.4 million attracted for this campaign illustrates. He is favored to easily finish first tomorrow, but the large field of 10 candidates suggests he may be forced to a runoff since it’s always difficult to reach 50 percent with so many people running. The Democrats are not competitive here; therefore, Hunt is also favored to win the general election.