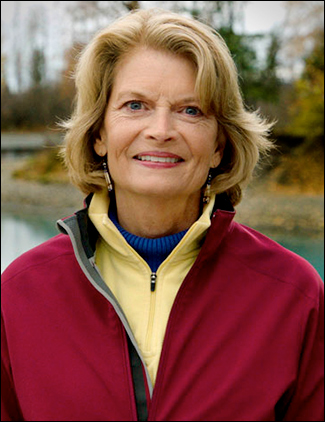 The aggregate count, however, won’t likely end this election. Since the leading candidate will almost assuredly finish under the 50 percent majority mark – Sen. Murkowski now has 43.3 percent – we will then see the contest falling into the Ranked Choice Voting system. This, too, should favor Sen. Murkowski. Though Tshibaka is likely to receive more second-choice votes from the first eliminated conservative Republican candidate who has already endorsed her, Sen. Murkowski will receive many more from the second eliminated candidate, sure to be Democrat Pat Chesbro. At the end of this very long counting process expect Sen. Murkowski to be re-elected.

West Virginia: First Senate Announcement — West Virginia Rep. Alex Mooney (R-Charles Town) last week announced that he will challenge Sen. Joe Manchin (D) in the 2024 Senate race. He is the first such individual to announce for the next Senate election cycle in any state. In the 2022 election cycle, Mooney was paired with Rep. David McKinley (R-Wheeling) because West Virginia lost one of its three congressional seats in national reapportionment. In a tough Republican primary campaign, Rep. Mooney defeated Rep. McKinley, 54-36 percent, and went onto win the general election with 65 percent of the vote.

Back in August, Triton Research ran early ballot test questions pairing Sen. Manchin with several potential Republican challengers, including Rep. Mooney. In that pairing, Mooney led the senator 45-38 percent. Another potential Manchin opponent, Attorney General Patrick Morrisey (R) who challenged him in 2008, indicates he is considering another Senate bid but said he is also looking at what will be an open governor’s race, a potential bid for what will now be Rep. Mooney’s open congressional seat, or simply to seek re-election to his current position.

CA-13: Closest Race Continues On — In what could end as being the closest race in the country when all the votes are finally counted, Republican agri-businessman John Duarte (R) has re-captured the lead over state Assemblyman Adam Gray (D-Merced) with 73 percent of the projected vote counted. Currently, Duarte has an 865-vote lead. Looking at the five counties in the newly created District 13 that stretches from the Stockton area border to the south of Fresno, the race is close in each place.

Though the outstanding vote total in San Joaquin County is the largest and a place that clearly favors Gray, the total vote is too low to make a substantial difference in the overall count. Therefore, if percentages for the two candidates remain consistent among the outstanding votes, Duarte could win a very close victory. Therefore, we can expect not only a long waiting period to arrive at a final count, but a recount and vote challenge period will almost certainly follow. This may be the last race in the country to be called.

CO-3: Rep. Boebert Projected; Dem Concedes — Though Colorado Rep. Lauren Boebert (R-Silt) may be the projected winner with just a 554-vote margin from a total vote count of 327,110, and Democrat Adam Frisch has conceded the race, the tabulation process may not be over. Because the race is within the .5 percent range that triggers an automatic recount under Colorado state law, we still may see a post-election proofing procedure after the final canvass even though Rep. Boebert has declared victory and Frisch conceded. At this point, however, with the Boebert projection, the Republican House total increases to 219.

CO-8: Democrat Caraveo Wins New Seat — Colorado’s new 8th District earned in national reapportionment was drawn as a 50/50 seat with the slightest Democratic lean, and that is exactly the way the election finished. Over the weekend, Democratic state Rep. Yadira Caraveo (D-Eastlake) was projected the winner, claiming a 1,625-vote win from a total of 236,426 currently counted ballots, giving her a 48.4 – 47.7 percent victory over Weld County Republican state Sen. Barbara Kirkmeyer.

Because this margin is likely to remain beyond the .5 percent mandatory recount range, this win will soon be certified. The Caraveo victory brings the Democratic House total to 212 with four seats remaining outstanding.