May 17, 2017 — Candidate filing closes today for the special US Senate election, as the Republican field grew in stature. US Rep. Mo Brooks (R-Huntsville) entered the race, the first House member to do so even though none have to risk their current position to join this particular statewide contest. 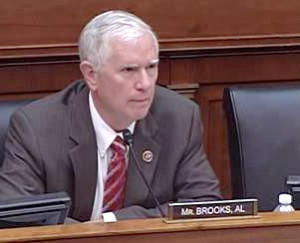 The lone major Democrat is former US Attorney for the Northern District of Alabama, which includes the major population centers of Birmingham and Huntsville, Doug Jones who announced his candidacy last week. He will likely advance to the Dec. 12 special general election without going through a run-off.

The Republican challenger strategy will be to force Strange into a Sept. 26 run-off, and hope to unseat him in a one-on-one contest. Rep. Brooks, who represents the northern-most Alabama congressional district encompassing Madison County (Huntsville), the state’s third largest population entity, would seemingly have the best early chance of qualifying for the secondary election.

Should state Senate President Marsh enter, he could be a wild card. Originally elected in 1998 and chosen as President of the body in 2011, Marsh is a powerful figure in Montgomery, but likely little known outside of the capital city and his Anniston anchored state Senate district that occupies a portion of the region between Birmingham and the Georgia border.