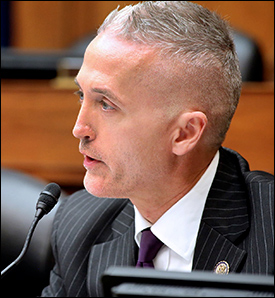 We can expect a crowded June primary Republican race, with two of the contenders advancing to a run-off becoming a virtual certainty. The eventual Republican nominee will become a prohibitive favorite to hold the seat in November. 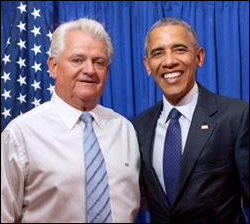 Philadelphia US Rep. Bob Brady, who is also chairman of the Philadelphia County Democratic Party, announced that he will not seek an eleventh term later this year. Brady has had potential legal proceedings hanging over his head about whether he and his political team had paid an opponent to leave the 2012 campaign. More than one of his former campaign staff members have already reached plea bargain agreements, thus making the congressman’s position all the more tenuous.

The 1st District, largely designed by Rep. Brady himself on the map that his own party has successfully declared a political gerrymander, encompasses a large portion of Philadelphia. About a quarter of the district then reaches into Delaware County. The 1st is solidly Democratic (Clinton ’16, 79.5 percent | Obama ’12, 82.3 percent), and Brady has always racked up re-election percentages exceeding 81 percent, including twice running unopposed.

Philadelphia is an old-fashioned Democratic political machine town, so the replacement process will proceed in an orderly fashion with the anointed candidate having little trouble winning the primary or general elections. In fact, in his role as county chairman, Rep. Brady will continue to have a major say about who will succeed him as the 1st District representative.

Interestingly, with the Brady seat now coming open — the fifth in Pennsylvania, though the other four are Republican-held — the 1st could see major boundary changes should the state Supreme Court’s re-draw ruling hold. This, of course, would create a brand new Philadelphia political situation.

Look for the Democrats to retain the 1st District, but the redistricting situation certainly adds a great deal of uncertainty just as this new open seat campaign begins.