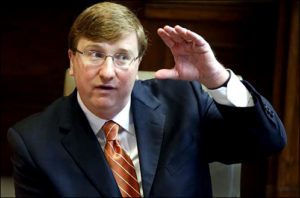 The pattern changes among Independents, however. In what could be the deciding segment, the non-affiliated respondents are breaking 45-38 percent for Hood. This is a surprising finding when comparing how the state, including Independents, views President Trump.

In Mississippi, President Trump posts a 54:42 percent job approval ratio. Among Republicans, the president’s favorability split soars to 89:6 percent, while he crashes and burns among Democrats, 90:8 percent. These ratios are typical around the country.

The respondents also don’t believe the president should be impeached. In a 56:34 percent statewide split, the sample cell says no to impeachment and removal from office.

It is here where the Independent numbers don’t appear consistent with how they view the governor’s contest and may provide Reeves with an opening to make positive inroads within this important voting segment.

On Trump job approval, the Independents actually favor the president, 52:41 percent, and a plurality, 48-41 percent, does not believe he should be impeached or removed from office.

There is no published crosstab result for the gubernatorial candidate favorability index, so it is difficult to know how the Independents view the two candidates. Since they are favorable to Trump and are breaking toward Hood on the governor’s ballot test, it is logical to assume, however, that Reeves has an image problem within this segment.

Therefore, expect to see the Reeves campaign make a major push to improve his standing among the Independents. If he succeeds, it would virtually assure him of statewide victory on Nov. 5.