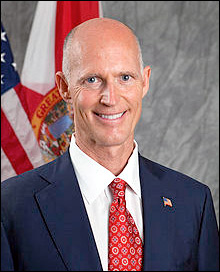 In the current 2013-14 election cycle, 38 of the 50 gubernatorial campaigns will occur. Though the Republican Party did poorly in the 2012 national election, they still claim their largest stable of governors in modern political history. Today, the Republicans control 30 state houses as compared to 19 for the Democrats. One state, Rhode Island, features an Independent governor. Lincoln Chafee was originally elected to the Senate as a Republican but, after his defeat from federal office, he chose to run for governor in 2010 as an Independent. Earlier in the year speculation grew that Chafee might seek re-election as a Democrat, bringing him full circle through the political party process if he follows through.

One state, Virginia, is among five states that elect chief executives in odd-numbered years. The Commonwealth also invokes a one-term limit, meaning an open race for the position every four years. Two states, Vermont and New Hampshire, maintain two-year terms for their respective governors. The other 48 states award four-year terms.

In looking at the 38 races, Republicans must defend 24 of the gubernatorial seats to the Democrats 13, in addition to the one Independent. Only six of the seats are open, five due to term limits. Massachusetts Gov. Deval Patrick (D) is choosing not to seek an additional term, even though he is legally eligible to do so.

According to our own analysis, 15 Republicans and seven Democrats are either safe for re-election or likely to be victorious. Four states, all currently in Republican hands, are in the toss-up column. The four states in the most precarious political positions are Florida (Gov. Rick Scott), Maine (Gov. Paul LePage), Pennsylvania (Gov. Tom Corbett) and the open Virginia contest (exiting Republican Gov. Bob McDonnell).

Another six for both parties lean toward their respective sides of the political spectrum, but will feature competitive campaigns.

Gov. Scott is likely to see a challenge coming from former governor Charlie Crist, who held the seat from 2007-2011 — as a Republican. Instead of seeking re-election, Crist embarked upon an ill-fated run for the Senate as an Independent and now is likely to attempt to regain his previous position — this time around as a Democrat. Polls show Crist in a surprisingly strong political position despite his decisive loss in 2010. Gov. Scott’s favorability ratings are poor, and this race will be a highly competitive contest.

Maine’s 2010 gubernatorial campaign yielded an upset win for Republican Paul LePage, because he benefited from having two left of center opponents. Independent Eliot Cutler placed two points behind LePage, but both were far ahead of Democrat Libby Mitchell. Splitting the liberal, regular Democratic vote allowed LePage to slip past the other contenders to claim the office despite garnering only 38 percent of the vote. In 2014, the same thing may occur. Cutler has already announced that he will run again, and the Democrats seem to be looking at fielding their own candidate, instead of coalescing behind the liberal Independent. This potential three-way contest could act as a replay of 2010 because LePage is in his strongest position within this type of configuration. Potential Democratic candidates include former governor John Baldacci and US Rep. Chellie Pingree (D-ME-1) and Rep. Mike Michaud (D-ME-2).

Pennsylvania Gov. Tom Corbett also is saddled with poor job approval ratings. He will definitely face a strong opponent in a state that normally votes Democratic. Already, US Rep. Allyson Schwartz (D-PA-13) is formally in the race. State Treasurer Rob McCord is expected to join her, and former Representative and 2010 US senatorial nominee Joe Sestak is a possible candidate. The eventual Democratic nominee will be in prime position to unseat Corbett. Pennsylvania may be the Democrat’s best national conversion opportunity.

This year, one of the more interesting toss-up elections is taking place. The Commonwealth of Virginia, despite not yet completing its nomination process, already has defined two party nominees. Former Democratic National Committee chairman Terry McAuliffe is unopposed for his party’s nomination. Attorney General Ken Cuccinelli will be crowned the party standard bearer at the state Republican nominating convention in May. Neither candidate is particularly popular, both are from Northern Virginia — which, is an anathema to residents outside of the region — and the polls consistently show the race to be neck-and-neck in a place that normally features close elections.

Expect the 2013-14 gubernatorial cycle to yield many close races, since a large number of the campaigns will significantly tighten as we turn toward the actual election year.