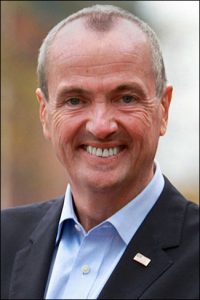 Since June 1, Gov. Murphy has led in all four publicly released polls, each from a different pollster, with margins ranging from a low of 11 to as high as 28 points over former state Assemblyman Jack Ciattarelli (R). The Fabrizio-Lee data casts a much different light upon the race, finding Gov. Murphy leading by a scant 43-41 percent margin as the contest has apparently become tighter with August ending.

Digging deeper into the polling analysis, it appears that Gov. Murphy is in slightly better position than the Fabrizio lead ballot test suggests, but nowhere close to his previous standing. The question then posed: is there significant movement toward Ciattarelli or is this Fabrizio Lee poll an outlier?

Among the 600 respondents who identify themselves as planning to vote in the Nov. 2 election, segmentation exists between those who have previously voted in an odd-numbered year election and those who have not. Among the “Gov-election” voters, Murphy’s ballot test position improves to 46-40 percent. For those who have not cast a ballot in a previous NJ governor’s election, Ciattarelli pulls ahead of the incumbent by a 41-35 percent margin, but these individuals are significantly less likely to participate.

The poll illuminates several other warning signs for the incumbent, however. While Ciattarelli has an 87:3 percent loyalty factor among Republicans, Gov. Murphy is running slightly less robustly among Democrats (75:11 percent). More concerning for the governor is him trailing among white voters (39-48 percent), and Independents (28-43 percent). Failing to improve within these two latter sectors could result in an upset election loss for the first term state chief executive.

Though the poll responses are weighted to compensate, the sampling universe’s racial composition is different than the state population numbers. The respondent sample is more heavily white than the state as a whole, with Hispanic and black respondents totaling only about half of their standing within the population at large. This would suggest that the Murphy ballot test numbers are slightly deflated.

One of the key negative points affecting the Murphy campaign, which could be at least partly responsible for the governor’s relatively low 51:47 percent favorability index, is his performance on COVID. New Jersey continues to have the highest per capita death rate of any state, despite Murphy enacting draconian shutdown measures during the first COVID-19 wave. The Ciattarelli campaign is hitting Murphy hard over his nursing home policy that led to many senior citizens’ deaths.

Ciattarelli is making COVID, crime, and taxes his major attack points. Regarding the latter issue, Ciattarelli highlights Gov. Murphy saying in a presentation that “if you’re a one-issue voter and tax rate is your issue, we’re probably not your state.”

The Murphy campaign features a masked governor talking about how no state was hit harder than New Jersey, in a reference to COVID, before pivoting to his goal of bringing small businesses back, and then emphasizing more typical Democratic campaign talking points.

Though New Jersey is a typically reliable Democratic state, similar to other such places as Massachusetts, Maryland, and Vermont, enough eastern-base Democratic voters tend to be open to Republican gubernatorial candidates. The three aforementioned states currently have two-term, or more, GOP governors (Vermont’s Phil Scott (R) is serving his third two-year term), all with high favorability ratings. The New Jersey voting pattern isn’t too different. Since the 1981 election, inclusive, the state has elected four Democratic governors and three Republicans.

This poll suggests that the Virginia governor’s race is not the only major statewide 2021 contest becoming competitive. It appears the New Jersey race is worth further attention as the campaign continues to develop, since an upset in this gubernatorial contest would send shock waves throughout all impending 2022 midterm election campaigns.