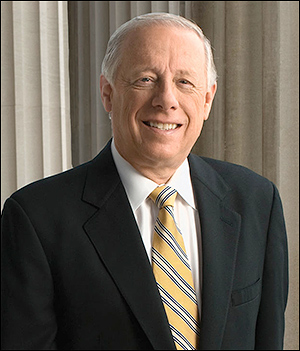 Oct. 18, 2017 — Former Tennessee Gov. Phil Bredesen (D) obviously is under intense pressure from Democrats to enter the newly open Senate race. When Sen. Bob Corker (R) announced his retirement last week, Bredesen quickly announced he would not become a candidate for the newly open seat. US Rep. Jim Cooper (D-Nashville), Nashville Mayor Megan Barry, and wealthy Democratic donor and businessman Bill Freeman all quickly followed suit. Now, however, the former two-term governor is not so quick to rule out a succeeding candidacy.

According to the Associated Press, Bredesen admits to be receiving calls encouraging him to run. “In the days ahead, I’m going to do some research, talk with people and carefully think this through,” the former governor stated in an interview with AP. “I’ll make a decision quickly,” he was quoted as saying.

The Democrats are in a major bind regarding the 2018 Senate races because they have so few Republican targets to attack. Even though they only need a net swing of three seats to change the balance of power in the legislative body, they simply don’t have that many vulnerable Republican incumbents to oppose. At this time, it appears only Sens. Dean Heller (R-NV) and Jeff Flake (R-AZ) are in seriously competitive re-election battles. Therefore, the party is forced to contend for an open seat in solidly Republican Tennessee even if their victory chances are poor.

Bredesen is the last Democrat elected as Tennessee’s governor. He won both in 2002 (50.6 percent over then-Rep. Van Hilleary, R) and 2006 (68.6 percent against then-state Sen. Jim Bryson, R), after serving eight years as mayor of Nashville. So far, the only announced credible Democratic candidate is attorney and Iraq War veteran James Mackler.

Though he would be the strongest candidate the Democrats could field, Bredesen would begin the 2018 cycle as a decided underdog despite his previous winning record.

There is likely additional movement coming on the Republican side this week, too. Former US Rep. Stephen Fincher (R-Crockett County) is traveling the state on a “listening tour”, but is expected to enter the race quickly, possibly even today. Fincher served three terms in the House but did not seek re-election last year because of a sibling’s illness that affected his family’s substantial agriculture enterprise.

Should Fincher become a candidate, he will face Rep. Marsha Blackburn (R-Brentwood) and Andy Ogles, the former Tennessee director of Americans for Prosperity. The latter man had announced a primary challenge to Corker but remains in the race even after the senator indicated that he won’t seek a third term.

Though Fincher is no longer in the House, his campaign account maintains over $2.4 million, meaning he will have the resources to launch his Senate campaign. On the other hand, Rep. Blackburn raised $1.24 for the campaign to-date and has an impressive $3.2 million in her federal account.