The 2010 election cycle proved unique in many ways – it’s the first time that the House of Representatives switched party control without the Senate also doing so, for example – but probably it’s most surprising characteristic is the reverse nature of the results.

Normally in landslide years, the statewide elections set the tone for incumbent defeats. Not so in 2010. Only two US Senators, Blanche Lincoln of Arkansas and Russ Feingold of Wisconsin, were unseated Tuesday night. Likewise, only two Governors, Ohio’s Ted Strickland and Iowa’s Chet Culver, were politically fired. In the US House races, however, at least 49 (47 Democrats; 2 Republicans) incumbents lost their re-election battles, and the number could go as high as 59 depending upon the outcome of the 10 House elections that are still undecided. At the state legislative level, the number of incumbent defeats rose into the hundreds. Republicans gained more there than at any electoral level, and increased their total number of legislative seats by at least 680 nationally. They will control a minimum of 54 legislative chambers, a modern-day political record.

The voting public’s willingness to change political course in 2010 is unusual because the anti-incumbent fervor actually increased as people moved down the ballot (into races where the candidates’ names are less familiar) instead of waning. Thus, the sense that this is an “upside down landslide” victory for the Republicans.

As mentioned above, 10 US House races remain unresolved. In all cases, large numbers of absentee and/or provisional ballots remain to be counted that could certainly change the results. Whether such alteration means a different candidate will eventually win the election as opposed to the one who is now leading remains an open question in each of these elections. The 10 are (in alphabetical order):

Only two Senate races remain outstanding. In Alaska, it will take some time to determine if Sen. Lisa Murkowski has won re-election via write-in after losing the Republican primary. It is clear, however, that Republicans will retain the seat. In Washington, Sen. Patty Murray maintains a lead of 27,464 votes, but a quarter of the statewide vote remains to be counted.

On the gubernatorial front, five races remain outstanding. Democrats have small leads in Oregon, Illinois, Minnesota, and Vermont. Republican Tom Foley has a slight lead in Connecticut. Several percentage points worth of votes remain to be counted in all five states.

For the most part, the 2010 election is in the books. With just a few races outstanding in the Senate, House, and Governors races, it appears the Republicans will command the next House of Representatives with anywhere from 239 to 242 seats, a stunning turnaround from the previous Congress. Such a composition of the body would mean a net gain of between 61 and 64 Republican seats. The new House will represent the largest GOP majority in the modern-day political era. The largest number of elected Republicans during the 12-year majority run (2005-2007) was 232.

The Senate races were kinder to Democrats. The Ds will hold the Senate with 52 or 53 seats depending upon the outcome in Washington. The winner of the Alaska seat is still in doubt, though the top two contenders, Sen. Lisa Murkowski (W/I) and Joe Miller (R) are both Republicans. Colorado was called earlier in the day for appointed Sen. Michael Bennet (D) by a very small margin over Weld County DA Ken Buck.

Several races remain outstanding for Governor: Connecticut, Illinois, Minnesota, Oregon, and Vermont. Republicans lead in Connecticut and Oregon; Democrats in the remaining three. If things stay as they are, the GOP will control 30 Governorships, the Democrats 19, with one Independent (former Republican-turned-Democrat-turned-Independent Sen. Lincoln Chafee). Earlier this morning, Florida and Maine were decided, both in favor of the Republican candidates.

The big story on the state front is the number of legislative chambers that flipped from Democrat to Republican. At this writing it appears that 20 chambers went from Democratic control to the GOP. Some of the surprises are both houses in the Alabama, Maine and Minnesota legislatures changing, the Texas House now breaks in favor of the GOP 101-43, and the party obtained the requisite number of new legislators to take full control in the critical redistricting states of Texas, Michigan, Ohio, and Pennsylvania. Florida remains under total Republican control, but a ballot initiative passed last night that will create a redistricting commission. A similar measure passed in California. Thus, the majority party in both of those states stand to fare worse through the commission process than if they were drawing the new maps themselves.

The interesting point about this landslide is that, in contrast with most others, the wave came from the bottom up. Only two incumbent Senators (Lincoln, Feingold) and a pair of incumbent Governors (Strickland, Culver) were defeated at the statewide level versus possibly more than 50 US House members and hundreds of state senators and representatives. This appears to be the biggest Republican legislative year since the Great Depression.

The bottom-up nature of this landslide makes it historically unique. In most such elections it is the statewide candidates who fare worse than those who represent districts. It is also the first time in history that the US House changed party control without the Senate following suit. In other years the Senate has flipped without the House, but never the inverse.

Much more in the coming days.

Every day, new seats pop up as upset possibilities. Yesterday, for example, a new poll was publicized showing even Rep. Rush Holt (D-NJ-12) dropping to a single-digit lead. If the election becomes a Republican wave as many believe will happen, which “out of nowhere” races will actually come home?

With so many campaigns on the board, which are legitimate upset possibilities, and which are fool’s gold? The following are contests that have surfaced in recent days as potential upset picks. Our analysis:

AK-Senate: The theory is that Lisa Murkowski’s write-in bid takes enough votes away from GOP nominee Joe Miller to either elect herself or throw the race to Democratic nominee Scott McAdams. Polling regarding write-in candidates is one thing; translating support into write-in votes is quite another. Had Sen. Murkowski operated a strong grassroots organization, she wouldn’t have lost her primary. The key to running a successful write-in effort is a strong ground operation. That doesn’t happen overnight, and especially not in a place as spread out as Alaska. Likely outcome: Miller wins. 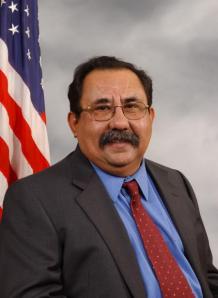 AZ-7: Now the upset possibilities are even creeping into Voting Rights districts. Rep. Raul Grijalva (D) has undeniably dropped to the low single digits in his battle with GOP scientist Ruth McClung. This one actually might have some legs. Grijalva is leading the charge to economically boycott his own state because of the immigration law, a position not well received by his constituents in a largely rural area experiencing tough times. Grijalva shouldn’t lose, but leading the charge to inflict economic pain upon one’s own constituents could be the catalyst that causes the seismic political shift that leads to a McClung upset.

DE-Senate: It’s wishful thinking to believe that Christine O’Donnell can still win the seat because of the Tea Party surge. She can’t. This one is done. Democrats win.

MA-4: Rep. Barney Frank (D) is in trouble. While true opponent Sean Bielat is raising a great deal of national small-dollar money and is Frank’s toughest-ever re-election opponent, the House Financial Services chairman will survive. No poll has dropped him below 50% and the district is just too Democratic in nature. Frank wins again. 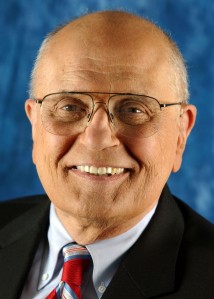 MI-15: In December, Rep. John Dingell (D-MI-15) will have been in Congress for 55 years. Though at least one poll shows the Dean of the House falling behind opponent Dr. Rob Steele, it will be extremely difficult for this trend to continue. Back in 2001, the 15th district was designed to pair two Democratic incumbents, Dingell and then-Rep. Lynn Rivers, into one district. The Democratic primary would be a difficult fight for both, but the winner would get a seat for the rest of the decade. The seat will still remain intact for the Ds. Rep. Dingell wins a 29th term.

These are just a few examples of races that I detail in my daily newsletter, the PRIsm Political Update. For all the details, insights, to sign up for my daily email updates, or to sign up to track specific issues or industries, please email me @PRIsm-us.com.