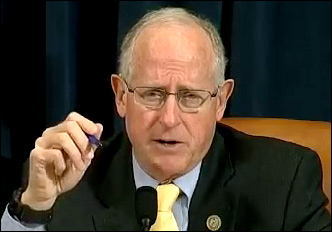 Several state House districts are contained within the Conaway congressional district and several sitting members could enter a Republican primary. The person in potentially the best position is Odessa Rep. Brooks Landgraf, but several others represent significant portions. The Midland state representative, former state House Speaker Tom Craddick who was first elected in 1968, will not be a congressional candidate.

Of the four retirements and one federal nomination announced during the past week, three of the seats are located in Texas: the 11th, the aforementioned 22nd District, and the 4th CD that Rep. John Ratcliffe (R-Heath/Rockwall) will vacate when he is confirmed as the nation’s Director of the Office of National Intelligence.

In addition to these three, Reps. Paul Mitchell (R-MI) and Martha Roby (R-AL) have also announced that they will not seek re-election. Of the 15 open House seats, 12 are current Republican seats, meaning the Republicans’ chances of re-claiming the House majority become more difficult than had all of their incumbents remained in office and sought re-election.

Among other committee assignments, Texas will lose two members of the House Intelligence Committee, Reps. Conaway and Ratcliffe, and Rep. Olson’s seat on the Energy & Commerce Committee.