March 29, 2018 — It appears that Pennsylvania Rep. Ryan Costello (R-West Chester) is turning over a projected swing 2018 electoral seat in PA-6 to the Democrats without so much as a fight. Doing so will reduce the net number of Democratic majority conversion seats from the current 24 to 23. 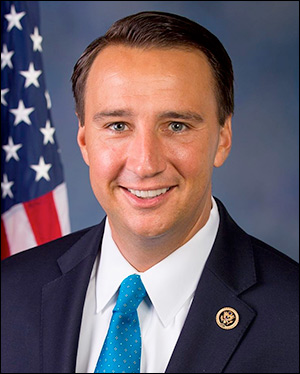 The two-term Philadelphia suburban representative informed Keystone State Republican leaders on Tuesday that he will remove his name from the ballot and not run for re-election. Yesterday was the final day for Pennsylvania candidates to withdraw before the primary ballots become permanent.

The major issue for Republican leaders with this belated move is that the candidate filing deadline already has passed, and another Republican has qualified for the ballot. Attorney Greg McCauley filed his candidate documents and presented the proper number of ballot petition signatures. Therefore, as the only Republican who was running opposite Costello in the GOP primary, it is likely that this obscure challenger will now be unopposed for the party nomination. McCauley has a credible resume but has never run for public office, and is not viewed as a top-tier candidate for an impending campaign in a highly competitive district such as PA-6.

By uniting Chester County wholly within the 6th District and moving half of the current constituency to the new 9th District — where Rep. Lou Barletta (R-Hazelton) would have run for re-election had he not chosen to challenge Sen. Bob Casey Jr. (D), and to the Montgomery County-anchored new 4th District — the 2018 6th District political configuration transforms from a territory that favors Republicans to a CD that leans Democratic.

Despite Hillary Clinton winning the new 6th by nine percentage points, the overall district performance when the results of many races are factored into the political equation suggests the seat tilts to the Democrats by less than two percentage points. While Rep. Costello would certainly have had a more difficult run for re-election, he still possessed significant incumbent advantages. Costello controlled plenty of campaign resources, and could have expected strong outside support, all of which translates into a clear ability to win the district.

Rep. Costello was publicly distressed with the state Supreme Court action in re-drawing the Pennsylvania congressional map. He publicly called out the state Justices, saying they are “partisan” while urging their impeachment. He further described the new map as “racist,” actually echoing comments made by representatives from the NAACP and Common Cause organizations.

The latest developments put non-profit organization executive, retired Air Force captain and educator, Chrissy Houlahan, in the political catbird seat. As the lone Democrat who filed for the congressional seat, Houlahan is in position to capture the Democratic nomination as an unopposed candidate and may only face minimal opposition in the fall for what is now an open Republican seat. Few will have had an easier road into Congress.

Had Rep. Costello at least remained in the primary campaign and, after winning re-nomination decided to withdraw from the general election campaign, the party leaders could have replaced him with a competitive candidate. In this situation, they are left with what appears to be three unappealing options: supporting McCauley, running a write-in candidate, or simply conceding the seat to Houlahan, then re-grouping and returning with a strong challenger candidate in 2020.