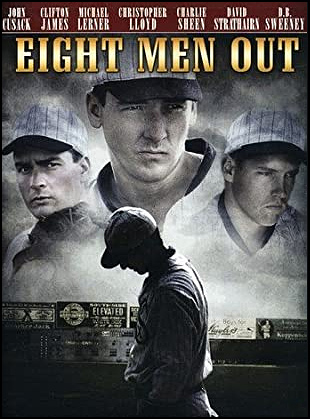 Like Rep. Lipinski in Chicago, veteran Rep. Lacy Clay (D-MO) represented St. Louis in Congress for what will be 20 years after his father, former Rep. Bill Clay, held the seat for the previous 32 years. In 2018, Rep. Clay defeated primary challenger Cori Bush, 57-37 percent. With an increased turnout of just 5,000 voters but with much more in the way of campaign resources largely coming into the district from national contributors including the Justice Democrats to support Bush, Rep. Clay was dethroned by a 49-46 percent vote spread.

The Republican losses — coming in Florida as mentioned above with Spano — Iowa, Kansas, Colorado, and Virginia occurred because of perceived corruption in addition to ideology. In Florida, Iowa, and Kansas, the Republican incumbent was damaged due to a legal situation or self-inflicted political wound.

Rep. King had been stripped of his committee assignments because of perceived white supremacy comments. Challenger Randy Feenstra, a local state senator who chaired the Ways & Means Committee, was able to portray King as an ineffective representative, took advantage of the incumbent being hamstrung and unable to raise sufficient campaign funds, and defeated him by 10 percentage points in the June 2 Iowa Republican primary.

Kansas freshman Watkins was indicted just three weeks before the Aug. 4 primary election on voter fraud charges in association with a campaign other than his own. The fact that he had moved back to Kansas from Alaska and registered to vote with a UPS store mailbox as his address during his original campaign, certainly did not help his case. Thus, state Treasurer Jake LaTurner was able to score a 15-point Republican primary victory.

Spano was embroiled in a controversy over campaign loans from his 2018 winning effort and under federal investigation. Admitting that he didn’t understand the campaign finance law with regard to loans didn’t help his pitch to the voters. Scott Franklin, a Republican Lakeland City Commissioner, local business owner, and retired Navy pilot took advantage of Spano’s situation and converted it into a 51-49 percent victory.

In the other two cases, those of Reps. Scott Tipton and Denver Riggleman in Colorado and Virginia, respectively, ideology was the driver. In both instances, the incumbent fell to a candidate more conservative than he. Tipton lost to restaurant owner Lauren Boebert, who turned a widely covered confrontation that she had with then-presidential candidate Beto O’Rourke over 2nd Amendment issues, into a campaign for individual rights. Her strategy worked, and with a doubling of the Republican primary turnout since the 2016 election, she swept Tipton out of office with a 55-45 percent win.

Rep. Riggleman, operating under a Virginia system that allows the local political parties to decide their own nominating system, found himself bound by a system that was designed to defeat him.

Getting crosswise with his party’s local leadership over several issues including the congressman presiding over a same-sex marriage, led to the party leaders concocting a drive-through convention where delegates came to the parking lot of his chief opponent’s church in a far corner of the district to cast their ballot. The set-up led to an easy win for challenger Bob Good and ended Rep. Riggleman’s congressional career after one term.

Are these results a precursor for the fall elections? Quite possibly so, since the base electorates are again moving to their extremes in challenge situations and less tolerance is apparently being afforded politicians who stray from the ethical path. Therefore, such a pattern could influence the general election turnout model, thus creating further extraordinary election results.