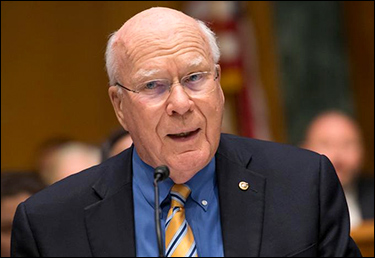 Already, Gov. Phil Scott (R), clearly the Republicans’ best hope to put the seat in play, announced through a spokesman that he continues to have no interest in running for the federal post. Former Gov. Jim Douglas (R), who held Sen. Leahy to a 54-43 percent victory in 1992, also said he will not run for the Senate. The same for 2020 Democratic gubernatorial nominee and former Lt. Gov. David Zuckerman.

Should Rep. Welch hop into the Senate race, the potentially competitive open battle may be for the at-large House seat. Vermont, however, now being one of the most reliable of Democratic states, is not likely to elect a Republican to the House or Senate while simultaneously and repeatedly returning Scott to office as governor, even with 67 percent of the vote as he attracted a year ago.

Vermont, like New Hampshire, has two-year terms for its statewide offices. Therefore, though Gov. Scott has been elected three times, he is still only completing his fifth year in office. Aside from declining to run for the Senate, Gov. Scott has not yet indicated whether he will seek a fourth term as governor.

Though Vermont has featured non-competitive general elections for most of the last decade, things could change in 2022 with Sen. Leahy’s retirement potentially creating a domino effect of open seats. In the end, however, Democrats will almost assuredly prevail, but their victory path may be more interesting in 2022 than what we typically see.