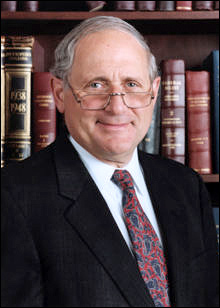 Michigan Sen. Carl Levin (D), chairman of the Senate Armed Services Committee, announced yesterday afternoon that he will not seek a seventh term next year.

Originally elected in 1978, Levin will conclude 36 years of service at the end of the 113th Congress and becomes the eighth senator since the November election to either leave the body, or plan a defined departure; six incumbents have announced retirement plans for 2014, Sen. John Kerry (D-MA) was appointed US Secretary of State, and Sen. Daniel Inouye (D-HI) passed away in late December.

An open Michigan seat is potentially competitive, but the state’s voting history suggests that the eventual Democratic nominee will begin the general election as the early favorite. Though, as we saw in 2010 when Republicans swept the state, Michigan voting patterns can vary widely in low turnout mid-term elections.

For the Democrats, the two potential candidates who will garner the most attention are former Gov. Jennifer Granholm and Detroit Rep. Gary Peters (D-MI-14). Granholm served two full terms as the state’s chief executive, leaving office at the beginning of the 2011. Her tenure was not without controversy, however, nor were her job approval numbers particularly high but she did manage to win a comfortable 56-42 percent re-election victory in 2006. It is unknown whether she has any particular interest in running for the Senate, but her name will undoubtedly be prominently displayed on all of the early potential candidate lists.

For the 2012 redistricting cycle, Rep. Peters was originally paired with fellow Democratic Rep. Sander Levin (D-MI-9) when Michigan, the only state in the Union to actually lose population between 2000 and 2010, dropped a congressional seat in reapportionment. Instead of challenging Levin, Rep. Peters, then a sophomore member, decided to run in the predominately African-American, Detroit-anchored 14th District, against freshman Rep. Hansen Clarke (D-MI-13). With two other black candidates also running, Peters was able to take advantage of a split in the African-American community and cobbled together a winning 47 percent plurality coalition, outlasting Clarke by more than 10,000 votes.

Until yesterday’s retirement announcement, Peters had widely been discussed as a potential gubernatorial candidate, opposing incumbent Republican Rick Snyder. In fact, a new Public Policy Polling survey (March 2-4; 702 registered Michigan voters) posted Peters to a 44-37 percent advantage over the governor. The representative also has the advantage of, in his three congressional terms, representing both Wayne and Oakland Counties, the two largest local entities in the state. Such improves his statewide appeal because his name ID is high in the most prominent voting region.

Republicans have some strong potential candidates, but most have positions that would be difficult to risk for a less than 50-50 chance of winning a US Senate seat. Within the congressional delegation, Rep. Dave Camp (R-MI-4) is chairman of the powerful House Ways & Means Committee. Rep. Fred Upton (R-MI-6) chairs the House Energy & Commerce Committee. Rep. Mike Rogers (R-MI-8) leads the House Select Committee on Intelligence, and Rep. Candice Miller (R-MI-10), a former statewide elected official, has assumed the chairmanship of the House Administration Committee. Statewide, former US Rep. Bill Schuette is now Michigan’s Attorney General. Though each of the aforementioned would be formidable Senate candidates, it is unclear if any would run.

Though the Levin retirement is not a particularly surprising development, the Michigan political situation will still require some time to sort itself out. It is likely, however, that this now open Senate campaign will quickly move to the top tier of races.