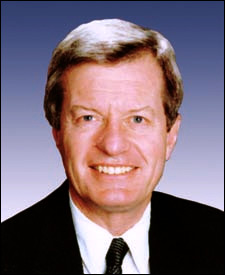 As was widely reported yesterday, six-term Sen. Max Baucus (D-MT) announced his decision not to seek re-election next year. The decision appears to be a significant change of course for the senator, who was showing every early sign of jump-starting his political machine.

Baucus was actively raising substantial campaign money and, even as late as last week, voted against his party leadership and President Obama on the gun control bill; before that, the Democratic budget. The intent of his gun vote was to correctly position himself before an electorate that is highly sensitive toward 2nd Amendment restrictions.

He also just recently described implementation of the Obamacare legislation, a bill he co-authored and took the lead in passing the bill through the Finance Committee that he chairs and the Senate itself, as a “train wreck.” This move looked to be an effort to distance himself from the new healthcare system that is highly unpopular in Montana.

The Baucus about-face brings the total number of senators either leaving the body since the 2012 election, or saying they will, to 11 (Sen. Daniel Inouye passed away; John Kerry was appointed Secretary of State; Jim DeMint resigned; Saxby Chambliss, Tom Harkin, Carl Levin, Mike Johanns, Frank Lautenberg, Tim Johnson, Jay Rockefeller, and now Max Baucus are all retiring at the end of the current term). This obviously is a very large number this early in the election cycle. By contrast, there are only nine open US House seats.

Politically, the move certainly increases Republican prospects, but only incrementally if former governor Brian Schweitzer decides to seek the Democratic nomination. Schweitzer served two terms as the state’s chief executive, but was ineligible to seek a third term in 2012. He routinely scoffed at running for the Senate while in the governor’s office, but made more conciliatory comments about making the race now that Baucus has stepped aside. Leaving office with high popularity numbers, Schweitzer is the Democrats’ obvious first choice.

At-large Rep. Steve Daines also made a statement yesterday that suggests he is open to running on the Republican side. Winning the statewide House seat just last year, Daines originally entered the Senate campaign against incumbent Jon Tester (D), but backed away when then-Rep. Denny Rehberg (R-MT-AL) announced his candidacy. Daines dropped down into the House race and ran a very proficient race, winning 53-43 percent despite both Tester and Democratic gubernatorial candidate Steve Bullock carrying the day for their party. Daines is sure to jump into the race should Schweitzer take a pass, but his next move is unclear if the former governor enters the campaign.

This open race will move up the target charts if Schweitzer does not run. If he does, the Democrats arguably will be heavy favorites to retain.