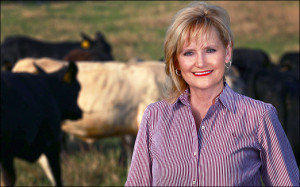 Cindy Hyde-Smith was elected as a Democrat to the Mississippi Senate in 1999 and served three full terms. During her tenure, she became chairman of the Senate’s Agriculture Committee. Changing parties and professing her life-long conservative ideals, she ran for Agriculture & Commerce Commissioner in 2011, winning the Republican primary with 53 percent of the vote before scoring a 57-41 percent victory in the general election. She was re-elected in 2015 with 61 percent of the vote and has earned the reputation of being a strong campaigner.

Hyde-Smith will be the first-ever woman to represent Mississippi in Congress. Now, Vermont becomes the only state never to have elected (or appointed) a female to federal office.

Reports are coming from Washington that an unnamed White House aide claims President Trump will not endorse or campaign for Hyde-Smith because of her former Democratic Party affiliation, and being fearful that she will lose the seat in the ensuing election. Trump has not made any comment about the announced appointment, however. Gov. Bryant responded confidently that he can persuade the president to back the state’s new interim senator.

McDaniel’s political strategy will clearly be to rally the most conservative of Mississippi voters — those who supported him against Sen. Cochran — and force a run-off. Ideally, from McDaniel’s perspective, he and Espy would advance because the partisan advantage would be in his favor, but this scenario means denying the appointed senator even a run-off spot. Assuming Espy will be the lone major Democrat in the race, the chances of him coalescing the party vote and advancing to the secondary election are high.

Obviously, the Hyde-Smith campaign will attempt to win outright in November, which will be a difficult task when considering that both McDaniel and Espy will have significantly large support bases.

While Sen. Wicker is now primed to coast to re-nomination and re-election because of McDaniel switching campaigns, the Mississippi special Senate race will likely draw more than its share of national attention and resources.