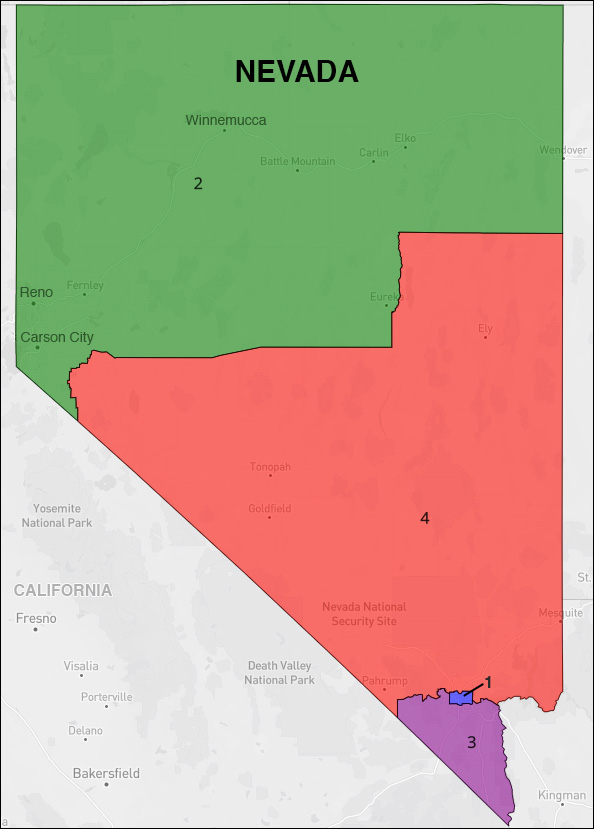 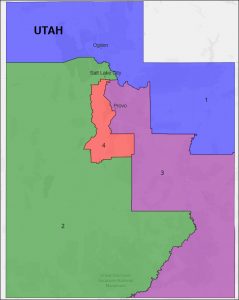 Using their estimates, however, Democratic registration and their share of the nonpartisans would fall in the 52-53 percent range in Districts 1, 3, and 4, those fully contained within, or where Clark County is dominant. The Republican share would be in the 44-45 percent range in each. In the northern 2nd District, the GOP factor would be approximately 54 percent, as compared to the Democrats’ 43 percent.

While the three Clark County seats obviously favor the Democrats, the numbers are not overwhelming, meaning over the course of the decade and with Republicans of late performing better among Hispanics – the three proposed Clark County CDs average 27.2 percent in Hispanic population – these seats may become more competitive than currently meets the eye.

Utah, the fastest growing state in the country during the last decade, has four congressional districts that will house over 817,000 people apiece. If the state continues on its present population growth pace, the delegation should be in position to gain a fifth seat after the 2030 census.