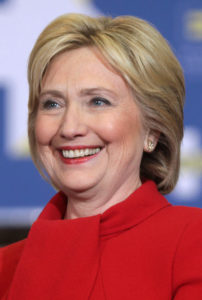 On the downside for Hillary — though she would apparently return to the top tier if she were to enter the race — attracting only 20 percent or so is not an impressive number for the party’s presidential nominee in the most recent national election.

Should she enter the race, we can count on even more uncertainty in the contest as the candidates move closer to the first round of voting states in February. If Clinton is to return, she will have to do so relatively soon in order to take advantage of early momentum.

The fluidity within the field, as evidenced by just the mention of Hillary as a candidate significantly changing the ballot test order, is pervasive. If the uncertainty surrounding the lack of a clear leader continues as is, or grows, the better the chances of the primary process going through all 57 entities without enough definition to crown a clear leader, meaning the prospects of seeing an open convention in Milwaukee next July precipitously rise.