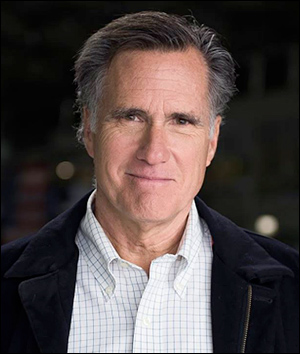 At the convention, however, Romney choosing to use the petition process largely proved to be a negative. Previously, the Utah convention process was the only avenue to ballot access, giving the state delegates ultimate power in deciding party nominees. The only primaries occurred when no candidate attained 60 percent of the delegate vote.

Years ago, the courts forced the state, and others like it, to allow additional ballot access beyond the party convention process. Delegates, whose power is lessened because of the petition option, generally want to retain sole authority for nominations; hence, many look disparagingly upon candidates who hedge their bets by participating in the convention and gathering signatures as a political insurance policy.

Because he opted for the petition process in addition to participating in the convention vote, Romney claimed such is the reason for his not placing first in the convention, a definite knock against the party’s former presidential nominee and prohibitive favorite to replace retiring incumbent Orrin Hatch (R) in this year’s open Senate race.

Ideology, however, and Romney not being viewed as conservative enough in the eyes of the majority of voting delegates is more likely the prevailing reason. In 2010, many of these same delegates denied then-Sen. Bob Bennett (R) re-nomination that led to current incumbent Mike Lee (R) winning the succeeding party primary, and then the general election.

In that year, Sen. Bennett was eliminated on the third round of voting, sending Lee and former 2nd District congressional candidate Tim Bridgewater to the Republican primary. Because Sen. Bennett did not circulate petitions, he had no way of attaining ballot access. Though it was presumed that Romney would not be the favorite in the convention, it was also viewed as highly unlikely that he wouldn’t at least advance to the primary. But, the petition qualification left no doubt about his ballot placement.

In House voting, Rep. John Curtis (R-Provo) who won the 3rd District special election to succeed resigned Rep. Jason Chaffetz last year, was also forced into a primary election. During the special campaign, Curtis bypassed the district convention and gained ballot access solely through petition. The convention turned to former state Rep. Chris Herrod, but Curtis beat him and one other in the succeeding primary.

In the weekend voting, Curtis barely missed obtaining the 60 percent to win the nomination outright. The 59-41 percent convention result means there will be a primary election between Curtis and Herrod. The congressman is favored for re-nomination and re-election.