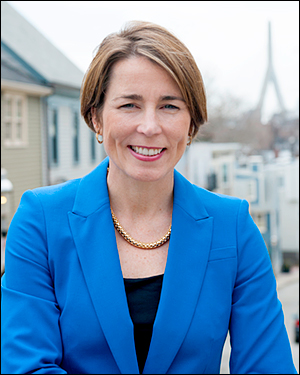 Massachusetts: No Surprises — Voters in the Bay State of Massachusetts went to the polls Tuesday, but for the most part, stared at a ballot filled with unopposed candidates.

In the governor’s race, Attorney General Maura Healey was virtually unopposed in the Democratic primary. She captured 85 percent of the vote opposite state Sen. Sonia Chang-Diaz (D-Boston) who had previously withdrawn from the statewide race. On the Republican side, former state representative and 2018 GOP US Senate nominee Geoff Diehl claimed the party’s gubernatorial nomination with 56 percent of the vote. Healey now becomes the prohibitive favorite to succeed retiring Republican Gov. Charlie Baker who chose not to seek a third term in office.

All nine Democratic US House incumbents were unopposed or renomination, and each is a heavy favorite to win the succeeding general election. On the turnout front, it appears that by an almost 3:1 ratio, more Democrats participated in the election than did Republicans.

North Carolina: More of the Same — Public Policy Polling released their new North Carolina survey (Aug. 29-30; 601 North Carolina voters) and consistent with all of the polling we’ve seen here since July, the results are within the polling margin of error. In this particular survey, PPP finds former state Supreme Court Chief Justice Cheri Beasley (D) edging US Rep. Ted Budd (R-Advance), 42-41 percent. There does appear to be a slight Democratic skew here. With the party polarization breaking virtually evenly, and Budd having a slight advantage within the Independent sector, one would surmise that he would have a small lead.

Since mid to late July, four North Carolina Senate polls have been released. All show the margins within 0 to 4 points, with Beasley leading in three of the four. This is typical for North Carolina polling. Since there is also a general undercount of the Republican vote in Tar Heel State polling, it is reasonable to believe that Budd may have the slight edge. What is clear, however, is that we are headed for yet another tight finish in a North Carolina statewide race.

FL-15: New District Likely to Yield Tight Finish — While the open seat in the Hillsborough-Polk Counties region carries the number 15, it is actually the new 28th district that the state was awarded in reapportionment. The seat rates an R+7 classification from the FiveThirtyEight data organization, while the Dave’s Redistricting App statisticians calculate the partisan lean as 51.2R – 46.6D. Therefore, the GOP candidate should have a slight edge in the general election campaign.

Kent carried an early Donald Trump endorsement to propel him over Rep. Beutler, who was one of the 10 House Republicans to vote for the former president’s impeachment. Perez, originally not expected to be a finalist or a strong candidate, now finds herself in a highly competitive position.