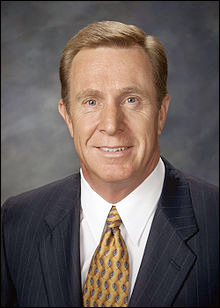 After the 2011 California congressional redistricting maps were unveiled, it appeared that Rep. Gary Miller (R-CA-31) would not be a member of the 113th Congress. But, he defied the odds and, in a rather stunning turn of events, won “re-election” from a district containing none of his previous constituents. Now representing a San Bernardino County seat that is the most pro-Obama district (57.2 percent) to elect a Republican congressman, it looks like unfolding developments may again play to his good fortune.

On the surface, Rep. Miller was dealt a bad hand in redistricting because he was originally paired with Rep. Ed Royce (R) in the new 39th District. But, in the adjacent new 31st CD where then-representatives Jerry Lewis (R-CA-41) and Joe Baca (D-CA-43) were paired, things began transpiring that would later open the door for Miller.

First, Rep. Baca rather surprisingly announced he would run in new District 35, a seat where he represented about 61 percent of the constituency but a place containing none of his home base of Rialto, a city of just under 100,000 people who had elected him to the state Assembly, Senate, and, for 13 years, Congress. Baca went to the 35th even though he knew state Sen. Gloria McLeod (D) would oppose him. She is his bitter political rival, and someone who represented more of the new district than END_OF_DOCUMENT_TOKEN_TO_BE_REPLACED