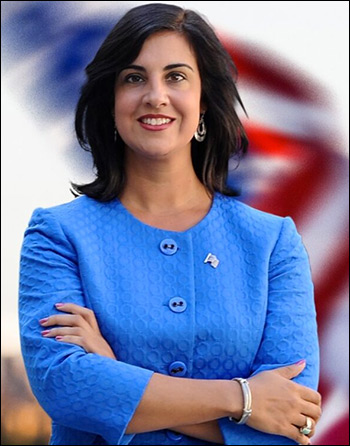 For Kean to overcome the deficit, he would have to garner approximately 55 percent of the outstanding ballots. New Jersey election officials count in sequential order in relation to when the ballots were received. They are reporting that Democrats generally voted earlier than Republicans, so these late counting ballots are more likely to favor the GOP candidate. Therefore, it appears the race is not yet over.

In the Hawkeye State of Iowa, local state legislator Mariannette Miller-Meeks (R-Ottumwa), leading by just 47 votes from over 394,000 ballots cast, yesterday declared victory over former state senator and 2018 Democratic lieutenant governor nominee Rita Hart. The move, however, may prove premature. Though the vote is final and certified, which had to happen by Tuesday under Iowa election law, Hart is in the process of requesting a full district recount in a CD that covers all or parts of 24 different counties.

The original totals were marred by mistakes in two localities, Democratic Jasper County and Republican Lucas County. The errors have been corrected and the final tallies in both counties have been verified. The districtwide recount will ensure a correct final total.

Seven-term Rep. David Loebsack (D-Iowa City) chose to retire upon completion of the current term, so a Miller-Meeks victory would be a gain for the GOP. The recount, once all of the official paperwork is formally filed to begin the process, will occur next week.

To summarize, the Democrats have again secured the House majority, but their current conference total sits at 218 as compared to 204 for the GOP with 13 races remaining undetermined. Of the 13, the Republican candidate leads in 10, but not all of those will yield final GOP victories.