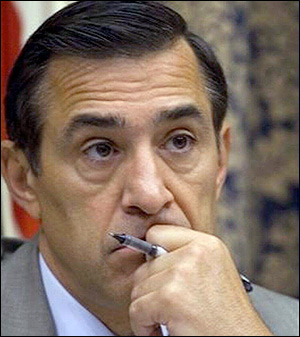 END_OF_DOCUMENT_TOKEN_TO_BE_REPLACED

With almost 1 million mailed and provisional ballots still being counted after the California primary last Tuesday, a bit more is becoming known about the general election congressional pairings.

In the 2nd District, Republican Dan Roberts has opened up a larger lead for the second general election position. He now has a 1,532 vote advantage over liberal author Norman Solomon (D). Roberts finishing second would be good news for Assemblyman Jared Huffman (D), the first-place qualifier, because the new CA-2 is heavily Democratic and will vote that way in November.

In the 8th District, anchored in San Bernardino County and which then travels up the Nevada border, it now appears certain that a double Republican general election will occur. The smattering of new vote returns places Democrat Jackie Conaway in fourth position and propelled businessman Gregg Imus ahead of Assemblyman Paul Cook for first place. Republican businessman Phil Liberatore is now third. Few uncounted votes remain, so it does appear that Imus and Cook will be the two who advance through to November.

With only 5,100+ votes to tally county-wide in San Bernardino, the CA-31 double Republican general election featuring Rep. Gary Miller (R-CA-42) and state Senate Minority Leader Bob Dutton appears to be clinched. Miller placed first with 27 percent of the vote, followed closely by Dutton’s 25 percent. Despite Democrats having a 41-35 percent advantage in voter registration, this seat is now guaranteed to send a Republican to Washington for the next Congress.

In San Diego, the picture as to which Democrat will face Rep. Brian Bilbray (R-CA-50) is becoming somewhat clearer. San Diego Port Commission chair Scott Peters, a former San Diego city councilman, has opened up a 954-vote lead over former state assemblywoman Lori Saldana. The original count separated the two by less than 650 votes. This district will see a competitive general election battle regardless of who becomes Bilbray’s eventual opponent. The Republicans have a 36-32 percent edge in voter registration, but Bilbray failed to break even 42 percent in the June 5 primary.