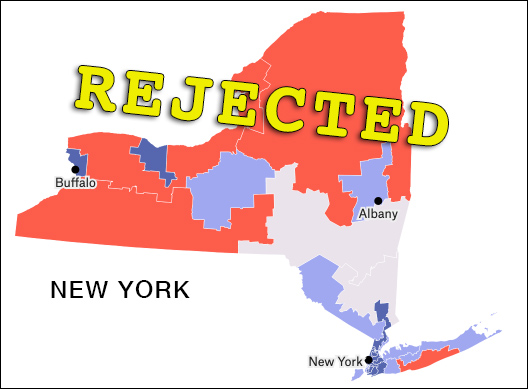 When asked if they would support Rep. Cawthorn in the North Carolina primary, 61 percent said they would choose another candidate. The 39 percent coalition that would vote to re-nominate him is large enough to win the primary in a state that has a runoff law, but with only a 30 percent threshold. With seven opponents opposing him, Rep. Cawthorn is clearly playing to his benefit.

Wisconsin: Kleefisch Continues to Lead — As mentioned above in the Wisconsin Senate section, Marquette Law School released a new Wisconsin survey (4/19-24; 805 WI registered voters; 375 likely Republican primary voters; live interview) and former Lt. Gov. Rebecca Kleefisch continues to lead the party nomination race. The numbers haven’t changed much since February, though this poll was taken before construction company executive and 2004 US Senate nominee Tim Michels entered the race. The ballot test finds Ms. Kleefisch holding a 32-10% lead over businessman and frequent candidate Kevin Nicholson. The winner will face Gov. Tony Evers (D) in the general election in what will be a highly competitive race.

Approval Ratings: Top 11 Governors are all Republican — The latest Morning Consult Governor approval ratings are out, and Republican governors led by Charlie Baker (R-MA), Phil Scott (R-VT), Larry Hogan (R-MD), and Jim Justice (R-WV) head a group of 11 GOP state chief executives who are the top rated in the nation. Of the 11, six are on the ballot for re-election this year including Gov. Scott, who has still not indicated that he will run for a fourth two-year term. Chris Sununu (R-NH), Kay Ivey (R-AL), Mark Gordon (R-WY), Doug Burgum (R-ND), and Mike DeWine (R-OH) are the other top-rated governors seeking re-election.

On the other end of the spectrum, the only two who have negative ratings above 50 percent, Govs. Kate Brown (D-OR) and David Ige (D-HI), are both retiring.

New York: High Court Rejects Dem Map — The New York Court of Appeals, the highest judicial body in the state, upheld the two lower court decisions to invalidate the Democrats’ 22D-4R congressional map. The high court ruled that the legislature did not have the power to usurp the created redistricting commission even though the members could not complete their task by the assigned date. The CoA also ruled that the map is a partisan gerrymander. The court remanded the map back to the lower court and instructed a special master be hired to draw the new congressional and state Senate maps. The court also recommended the June 28 state primary be moved to a time in August.